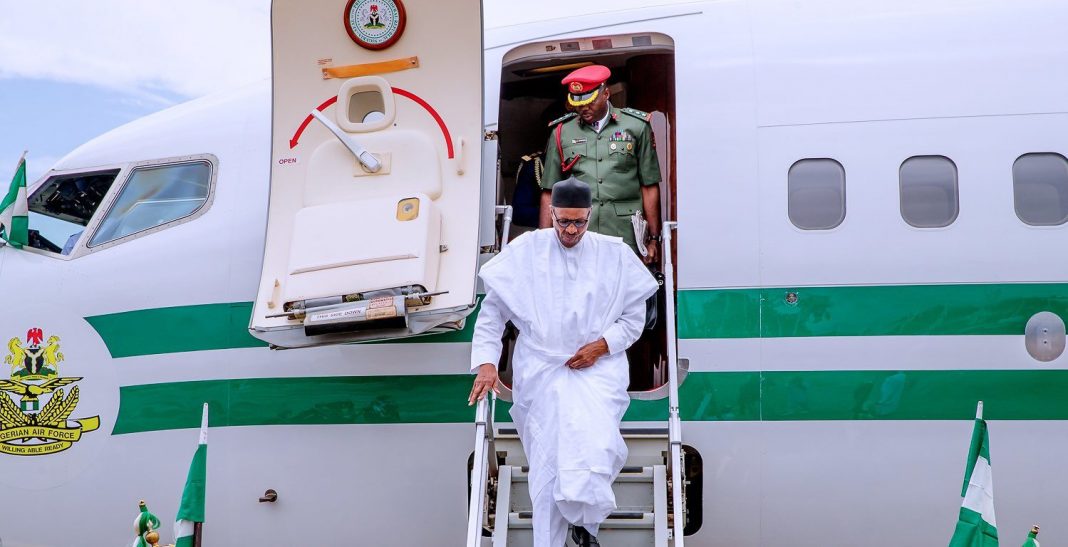 President Muhammadu Buhari looks on during the International Forum on Peace and Security In Africa, in Dakar, Senegal, back in December 2016. Will he be able to fix Nigeria before the end of his term in 2023 Photo credit: Bloomberg

President Muhammadu Buhari is now in London, the United Kingdom (UK), where he will participate in the Global Education Summit on Financing Global Partnership for Education (GPE) 2021 to 2025.

The News Agency of Nigeria (NAN) reports that the presidentâ€™s aircraft arrived at the Stansted International Airport, London at about 11:20 pm (local time) with the temperature at 22 degrees celsius.

NAN also reports that an earlier statement by the Presidentâ€™s spokesman, Mr Femi Adesina, said the summit would be co-hosted by the Prime Minister of the UK, Boris Johnson, and the President of Kenya, Uhuru Kenyatta.

According to him, the summit will bring together Heads of State and Government as well as stakeholders and youth leaders, and provide a platform for partners to chart a way forward toward transforming education systems in partner countries through the exchange of best practices.

â€œIt will also offer the opportunity for leaders to make 5-year pledges to support GPEâ€™s work to help transform education systems in up to 90 countries and territories.

â€œDeliberations at the Summit will focus on: â€˜The Power of Education â€“A Conversation between Global Championsâ€™; â€˜Transforming Education for Girlsâ€™; â€˜Financing for Impact and Recoveryâ€™; and â€˜What Now? Priorities for Transforming Education in the Coming Five Yearsâ€™, among others,â€™â€™ Adesina stated.

He said the Nigerian leader would also hold a bilateral meeting with the British prime minister.

After the Summit, Adesina said, Buhari will spend a few days to keep a scheduled medical appointment.

â€œHe is due back by the second week of August 2021,â€™â€™ the presidentâ€™s spokesman said.