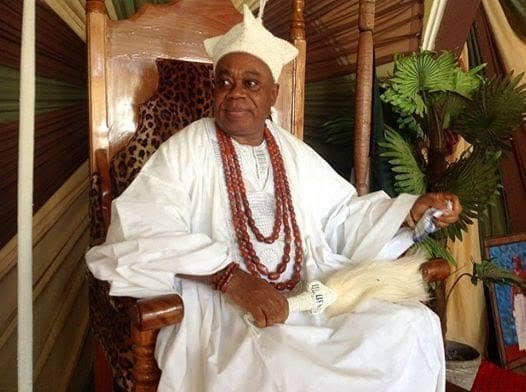 A first-class traditional ruler in Ondo State, theÂ Oluifon of IfonÂ in Ose local government,Â Oba Isreal Adeusi, has been killed by suspectedÂ kidnappers.
Theeditorng.com understands that the Ondo First Class Monarch was said to have been shot at about 5:50 pm near Elegbeka village along the Benin-Akure highway while returning to his community after a meeting in Akure, the Ondo State capital.

A report monitored on The Nation newspaper quoted sources to have said the Ondo traditional rule was confirmed dead at a private hospital he was rushed to.

On hearing the news of the death of the traditional ruler, Governor Oluwarotimi Akeredolu, it was learned, canceled all his official engagement was said to be on his way to Ifon to apparently stall any attack on non-indigenes of the state in the area.

Apart from killing the monarch, the kidnappers were said to have also abducted two persons at the same spot.

Meanwhile, ASP Tee-Leo Ikoro, the Ondo Police spokesman, who confirmed the killing, said all police Divisions within the Ondo North axis have been mobilised to arrest the perpetrators.