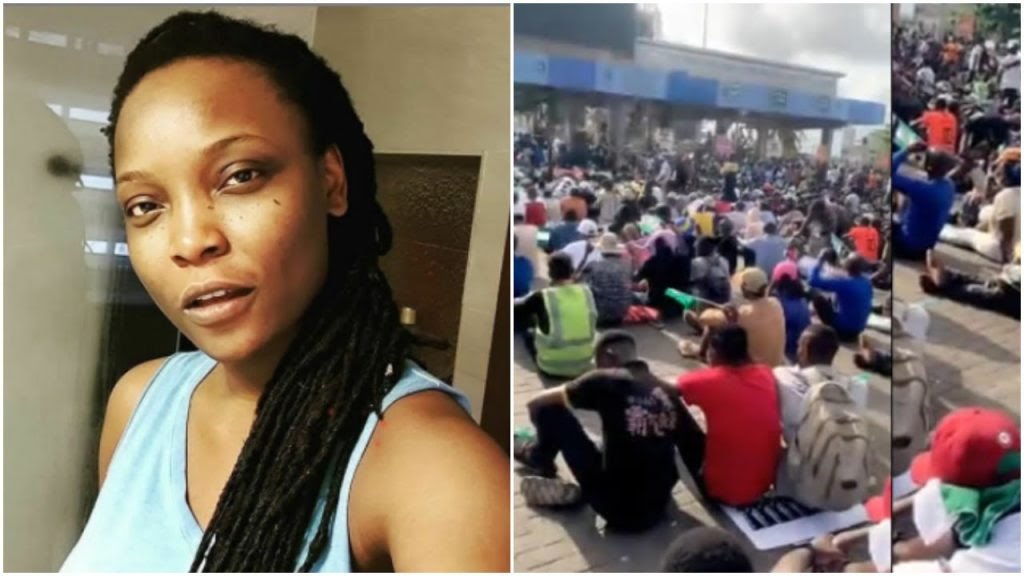 Nigerian DJ and songwriter, Obianuju Catherine Udeh, popularly known asÂ DJ SwitchÂ has declared that she wonâ€™t succumb to any intimidation from the government over her roles in the #EndSARS protest and the reportage on the Lekki toll gate shooting.

Though she acknowledged that the pressure has been much and it has not been easy, she refuses to be bullied and intimidated.
She also labelled Nigeriaâ€™s Minister of information and culture,Â Lai MohammedÂ as a misinformed person.

She said all these in a reaction via her Twitter account on Tuesday which seems to be a response to the Ministerâ€™s earlier submission that DJ Switch is a fraud who will soon be exposed.

It will be recalled that Muhammed during a press conference in Abuja where he reacted to a CNN report on the Lekki toll gate incident during the #EndSARS protest, described DJ Switch as a â€œfraudster whose intention is to tarnish the image of Nigeria with false news.â€
However, DJ Switch has now hit back at the Minister describing him as misinformed.

She said:Â â€œHow can a minister of information be so misinformed.
â€œThe only believable thing about him, is his name Lai.

â€œUnfortunately sir, the truth is a very stubborn thing!

She also used the opportunity to appreciate those who had been showing concern about her welfare, noting that it has not been easy but sheâ€™s not about to give up.

â€œThank you all for your well wishes and prayers. Its hasnâ€™t been easy for me but the need to speak up is more important than their bullying,â€Â she wrote.

Theeditorng.com reports DJ Switch live-streamed what happened at the Lekki toll gate on October 20 when soldiers allegedly opened fire on peaceful protesters.
Her action on the night has placed her in the middle of the controversy surrounding what actually happened on that night as authorities are yet to give a full explanation on what transpired between protesters and security operatives on that Tuesday night.

Photos: “I realized I have been duped by foreign myths” – Nigerian man publicly denounces Christianity