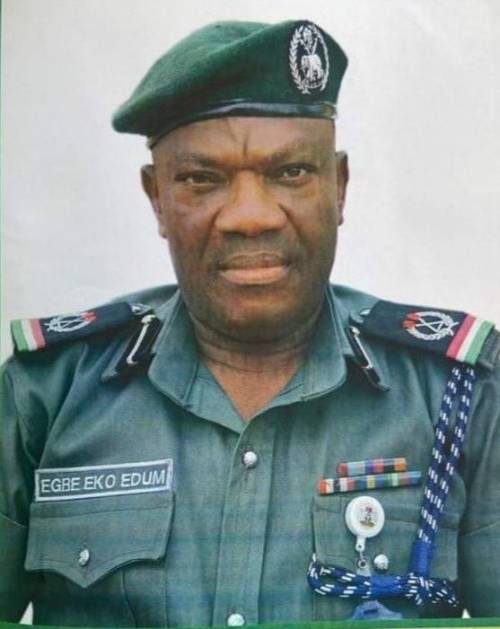 Assistant Police Commissioner has been killed by unknown gunmen in Calabar.

Theeditorng.com reports that the ACP was serving as the commander of 73 police mobile force squadron in Magumeri, Borno State.

The ACP was said to be on his way home in Calabar when the assailants attacked.
Sources said Edum was hacked with an axe along Murtala Muhammed highway in Calabar, around 1 am on Wednesday.

Confirming the incident, Irene Ugbo, the state police public relations officer,Â said Edum had come to see his family but had arrived at a late hour.
She said:Â â€œHe dropped off from a public transport and had called his wife to pick him up before he was attacked by the unknown men.

â€œWe are investigating the incident and the family has recovered the body from the scene of the tragic incident. He is not serving here. I think he was coming to see his family here in Cross River, he arrived in Calabar at about 1:am when the incident happened.â€