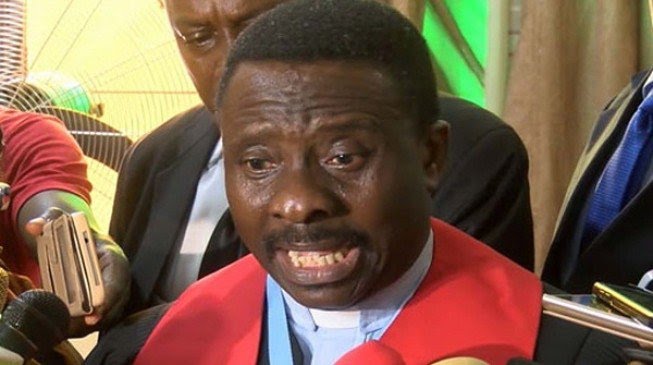 The Christian Association of Nigeria (CAN) has stated that religious persecution exists in Nigeria, especially in the North.

Their allegation is in reaction to federal governmentâ€™s denial of any religious freedom violations, as accused by the United States.

Recall that the US addedÂ Nigeria for the first time to a religious freedom blacklist alongside China, Iran, Pakistan and Saudi Arabia.
Theeditorng.com reports that Nigeria is set to be sanctioned if it does not improve its record.
Though a reason for including Nigeria was not given, Secretary of State Mike Pompeo designated the most populous black nation as a â€œCountry of Particular Concernâ€ for religious freedom.

He acknowledged that Nigeria is a multi-religious country where freedom of religious association is guaranteed by its constitution.
But in a statement on Wednesday by the Special Assistant on Media and Communications to the CAN President, Adebayo Oladeji, the group said it is not happy that the US has placed Nigeria on a religious freedom blacklist because of the implications which include possible sanctions.

The association, however, said it is encouraged that the global world is aware of the happenings in Nigeria, stressing that although there is religious freedom in the country, there are other religious persecutions in most of the states of the federation, especially in the Northern part of the country.

CAN allege thatâ€™ â€˜in many states like Kano and Jigawa, Christians are denied the Certificate of Occupancy and churches are not allowed to purchase lands and they have to go through individuals and even if that is done, they will be denied the Certificate of Occupancy.
The statement described such policy as discriminatory policies, adding that as religious persecutions, mosques are built wherever they desire and no government dares to ask for any document.

â€In education, Christians are not allowed to study courses like Medicine and Law in some universities in the North and in most federal owned universities in the North, Christians are not allowed to become the Vice-Chancellor even if they are qualified.
The statement said in the University of Ilorin, in the last 25 years or more, no Christian has been allowed to be its Vice-Chancellor.
â€About 95 percent of those who head security agencies are sharing the same faith with the President, pointing out that some agencies, Christians are replaced with Muslims. This is what we witness every day.