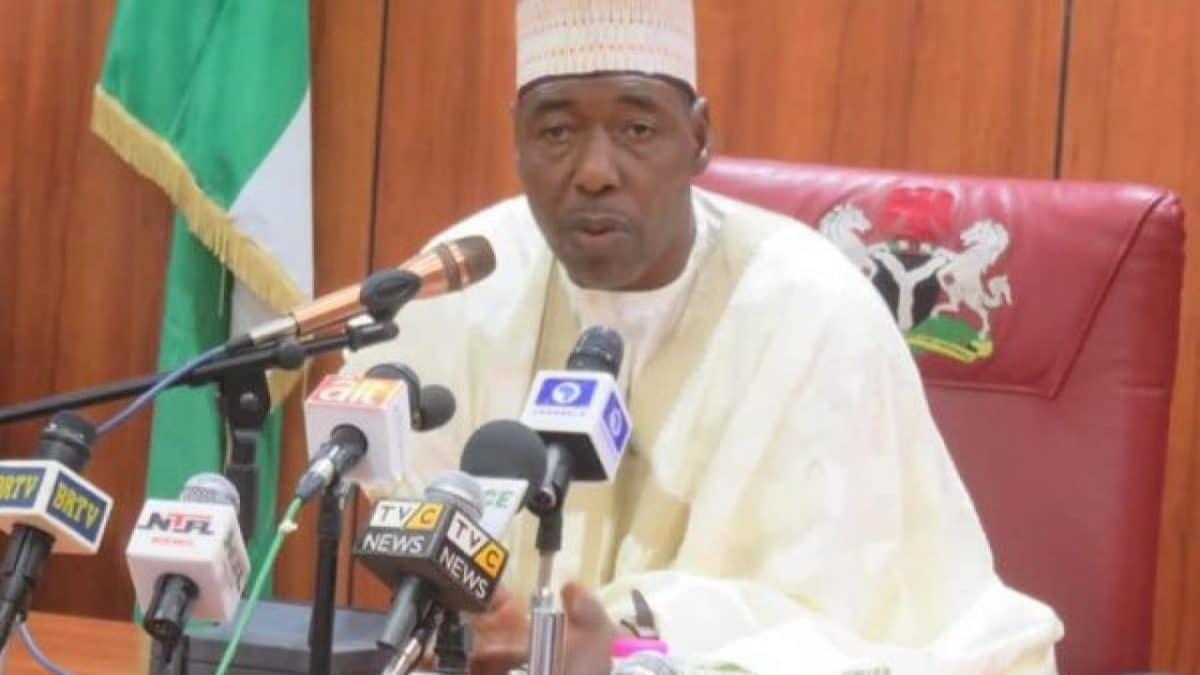 President Muhammadu Buhari has been charged by GovernorÂ Babagana ZulumÂ of Borno State to engage the services of foreign mercenaries in fighting against Boko Haram terrorists in Nigeria.

The Borno State Governor made this call on Monday while receivingÂ federal governmentâ€™s delegationÂ who were in the state to sympathise with the state government and the people of the state over the massacre of some rice farmers in Jere Local Government Area.

Zulum pleaded with the ruling government to pay more attention to insecurity and insurgency in the country. He also made recommendations on how to end the insurgency.

He said:Â â€œOne of our recommendations as possible solutions to end the insurgency is the immediate recruitment of our youths into military and paramilitary services to complement the efforts of the Nigerian forces.â€

â€œOur second recommendation is to engage the services of our immediate neighbours, especially the government of Chad, Cameroon and Niger Republic, in clearing the remnants of Boko Haram hiding in the shores of the Lake Chad.â€

â€œOur third recommendation is for him to engage the services of the mercenaries to clear the entire Sambisa forest.â€

â€œOur fourth recommendation is for him to provide the police and the military, with armed resistant armoured personnel carriers and other related equipment.â€