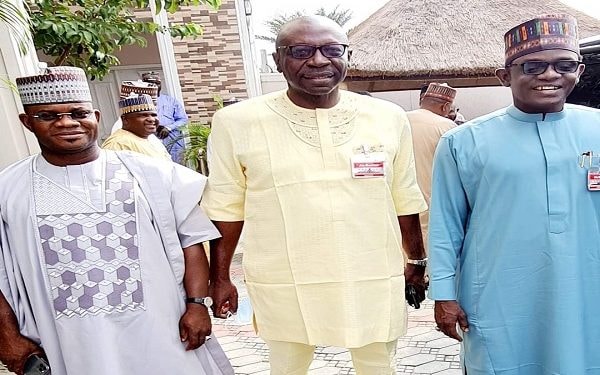 The Caretaker Chairman of the All Progressives Congress,Â Mai Mala Buni, on Wednesday met with the governorship candidate of the party in Edo State, Osagie Ize-Iyamu, in Abuja.
It was reported that the Yobe State Governor alongside Kogi State Governor, Yahaya Bello, met with Ize-Iyamu at his private residence to review the partyâ€™s loss in the election and to discuss the way forward for the party in Edo.

Further report revealed that Ize-Iyamu was persuaded in the meeting to accept the outcome of the election.
The meeting between the APC chieftains is the first outing of Ize-Iyamu after the governorship election loss to the incumbent governor, Godwin Obaseki of the Peoples Democratic Party, PDP.

#EdoDecides: “In every family, we have a disagreement,â€ – Ize-Iyamu begs Obaseki