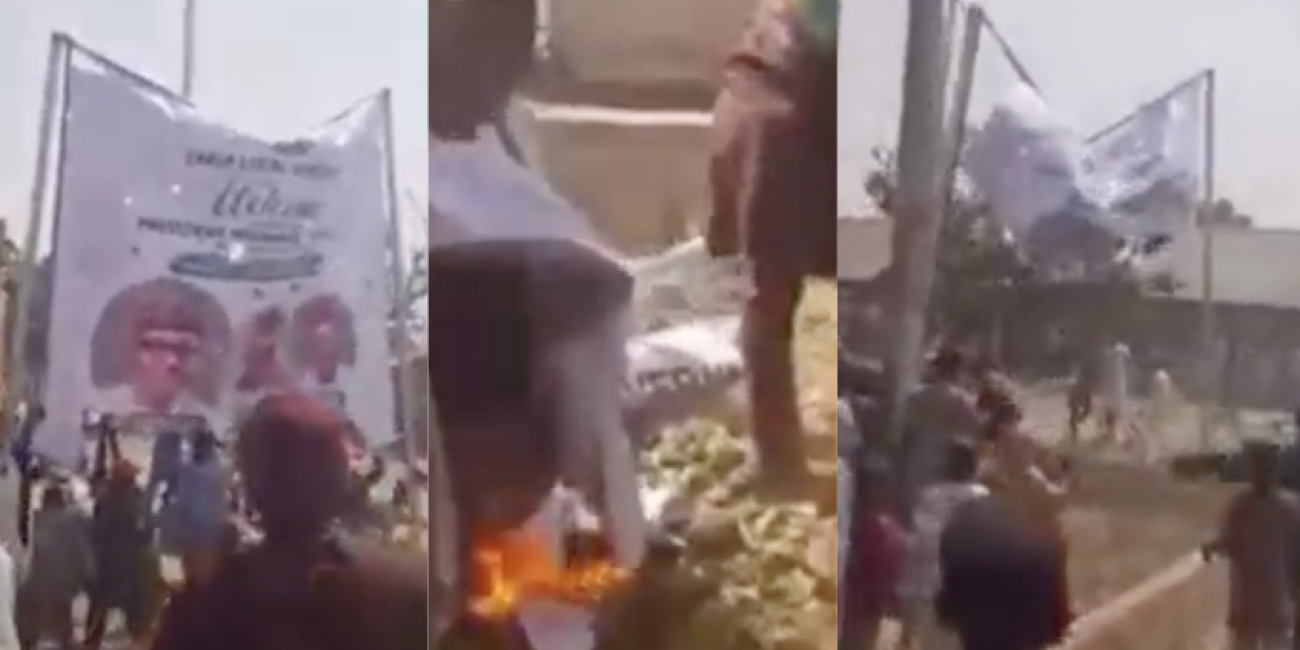 Some Northern youths have destroyed the campaign banner of the All Progressives Congress (APC) presidential candidate, Bola Tinubu, showing pictures of him, his running mate, Kashim Shettima and President Muhammad Buhari.

A video trending online showed the youths throwing stones at the banner before setting it ablaze.

The incident happened in the Zaria Local Government Area of Kaduna State. 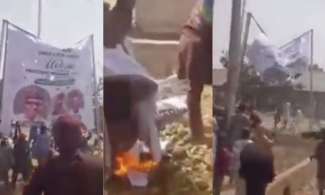 They were also heard shouting “Bamayi” which means “We don’t want you”.

Datti Baba-Ahmed, the running mate of the Labour Party Presidential candidate, Peter Obi is from Zaria.

Tinubu was in June elected as the presidential candidate of the APC.

He polled 1,271 votes at the election which was held at Eagles Square, Abuja.

This has been condemned by many Christians and some Muslims alike.