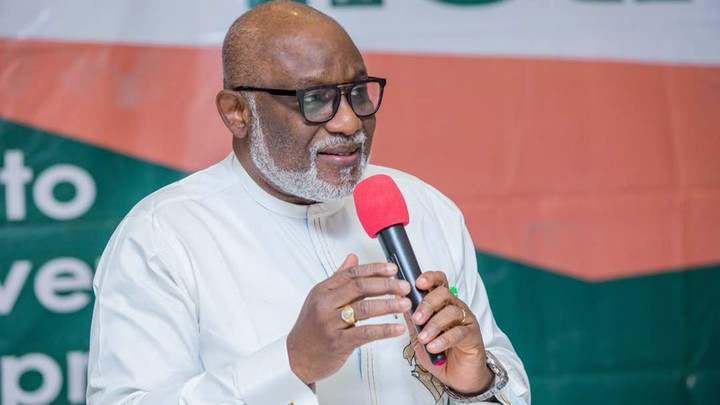 Governor of Ondo, Rotimi Akeredolu, has warned his Rivers counterpart, Nyesom Wike, to desist from making unfounded accusation ahead of October 10 election in the state.

The Editor Nigeria reports that Akeredolu, who is candidate of the All Progressive Congress (APC) in the election, accused Wike of trying to interfere in upcoming gubernatorial election.

Akeredolu was reacting to Wikeâ€™s allegation that the APC would go all out and do everything humanly possible to win the Ondo election, having lost Edo state to the Peoples Democratic Party (PDP).

When he featured on a Channels Television programme earlier in the day, Wike had alleged that the APC was mounting pressure on the Independent National Electoral Commission (INEC) to rig the Ondo governorship poll.

The Rivers governor, who was chairman of the national campaign of the PDP on Edo election, played a significant and decisive role in the reelection of Godwin Obaseki, governor of Edo.

But Akeredolu, in a statement by Donald Ojogo, commissioner for information and Orientation, said the people of the state will resist Wikeâ€™s â€œattempt to play the role of a godfatherâ€ in Ondo.

He said Ondo people are known for their doggedness and resolution in fending off intruder and external influences.

He said Wikeâ€™s imperialistic approach was â€œmost unfortunate and unbecomingâ€.

â€œIn all aspects, Governor Wike deserves respect not just as governor but as a critical stakeholder in the Democratic journey,â€ the statement read.

â€œHe has his inalienable rights as a citizen to express his mind and make comments about whatever he feels strongly about.

â€œHowever, what amuses us is his imperious attitude and recourse to spurious allegations just because of an election.

â€œHe should know that the people of the State who have a history of rejecting external influence and domination, will resist his attempt to play the role of a godfather in Ondo state. Ondo is not Rivers.

â€œThe man ought to know that utterances of public office holders must be measured and their delivery ought to be in line with the mood of the people.

â€œThe people of the state will resist Wike here even if he had roared elsewhere successfully. For emphasis, his imperialistic approach is most unfortunate and very unbecoming.â€

Akeredolu will be slugging it out with his major contender, Eyitayo Jegede of PDP.

Advertisement
Related Topics:AkeredoluAPCEdoWike
Up Next