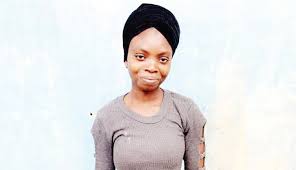 A coronerâ€™s inquest into the death of Jumoke Oyeleke, the lady allegedly killed by a stray bullet during a rally in Lagos state, has begun.

On July 3, Yoruba Nation agitators converged on the Ojota area of Lagos to demand an independent state for the south-west region.

The Editor Nigeria had reported that police shot into the air and used teargas to disperse the crowd.

During the protest, Jumoke, a 25-year-old salesgirl, was found dead after police fired shots to disperse agitators.

The police denied firing live bullets at the protest and claimed that an examination of her body revealed stab wounds as the likely cause of her death.

But, an autopsy report from the Lagos State University Teaching Hospital showed that Jumoke died from â€œhemopericardium, disruption to the heart and lungs and missile injury to the chestâ€.

The police have, however, charged Tajudeen Bakare, a Yoruba Nation protester, for the deceased murder.

The coronerâ€™s inquest which is held at the Lagos State Magistrates Court is headed by MKO Fadeyi, a chief magistrate.

Fadeyi asked all parties involved in the case to file the necessary documents before the court and ensure that people were duly served before the next adjourned date.

He added that justice will be served and adjourned the matter till August 9.