Lionel Messi and Cristiano Ronaldo photoshoot together has broken the internet.

The Editor Nigeria reports that Lionel Messi and Cristiano Ronaldo have just broken the internet after appearing in a photoshoot together.

The pair of footballing titans have dominated the beautiful game for more than 15 years and taken the sport to new heights with their incredible achievements.

Football fans are reacting with excitement after seeing the two greatest footballers of all time, Lionel Messi and Cristiano Ronaldo, in a new photo. 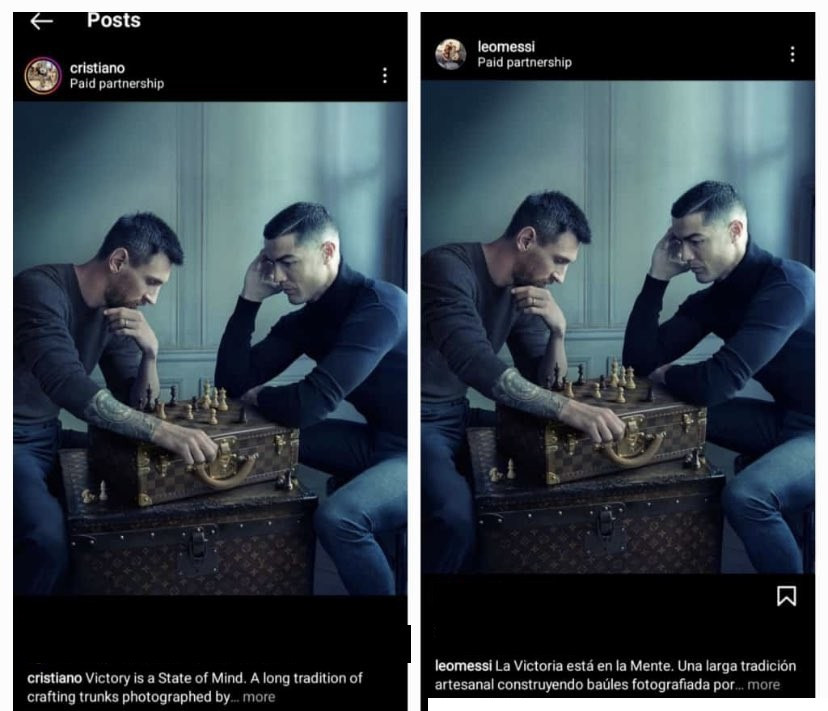 In the image, the superstar footballers were pictured ‘playing the game of chess’ on LV designer boxes.

Check out the reactions below. 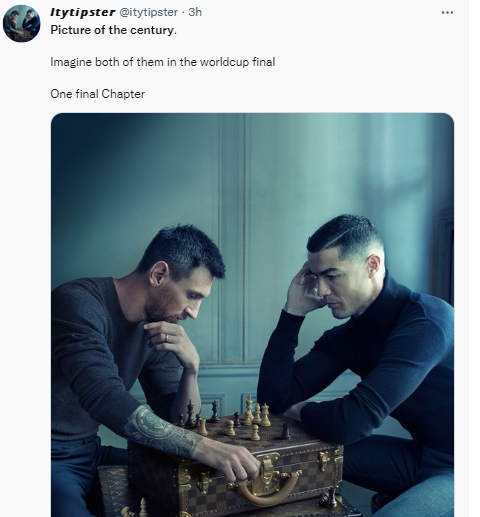 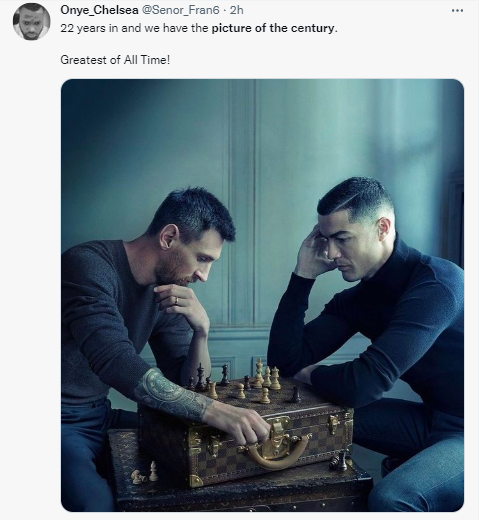 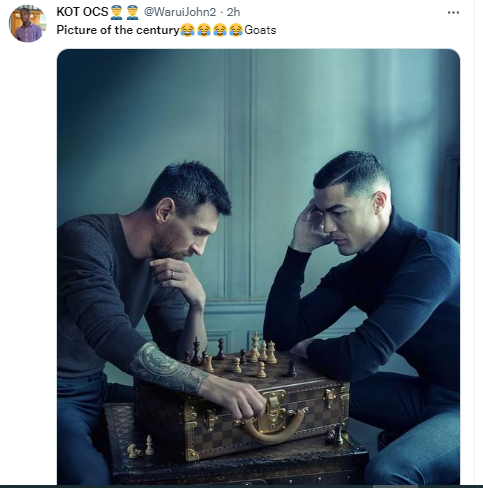 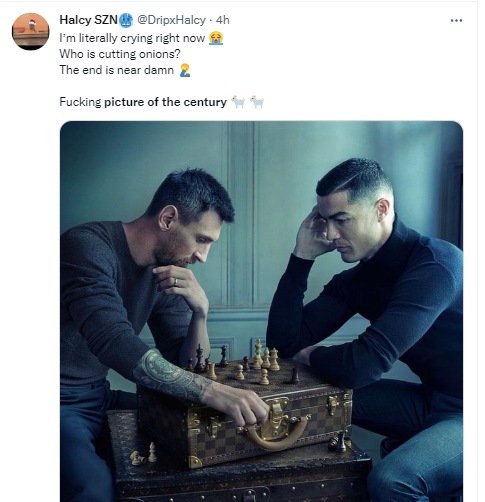 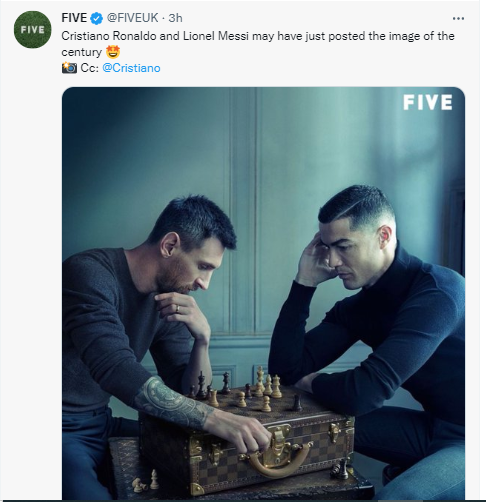 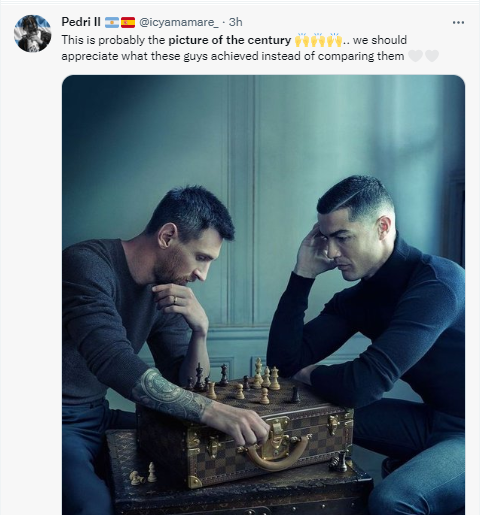 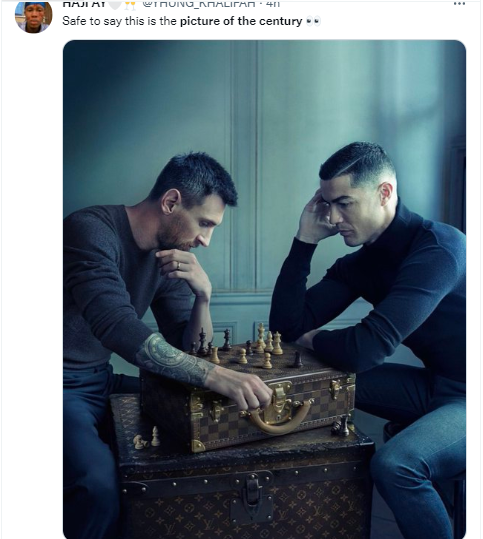 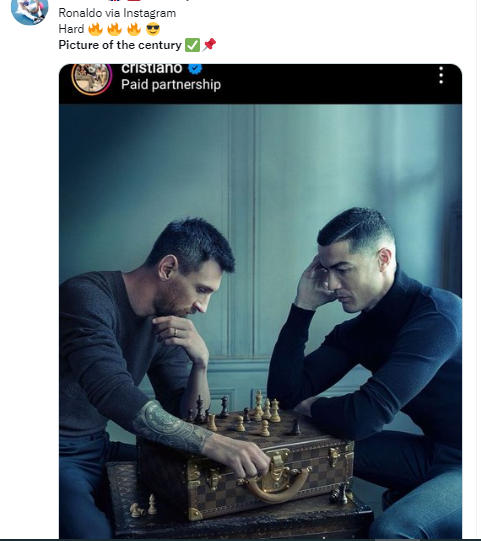 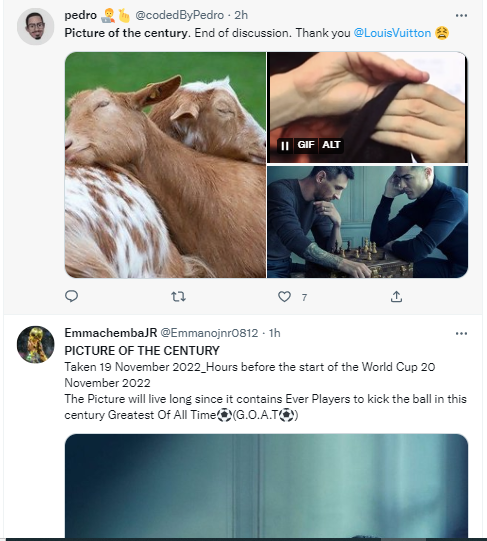 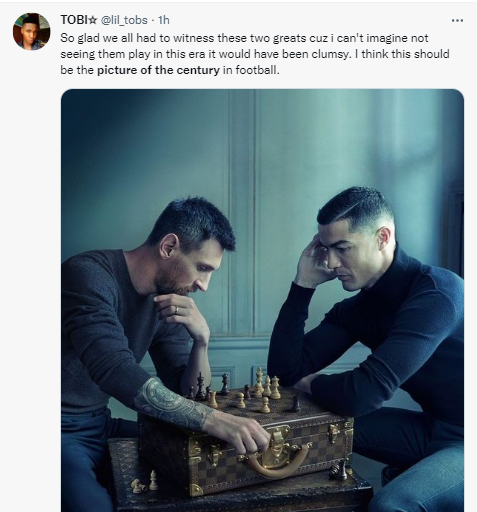 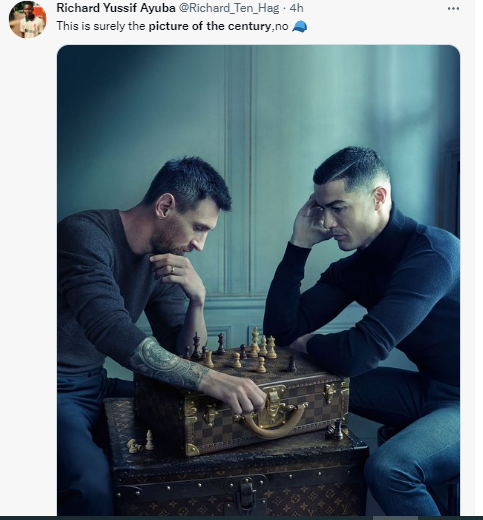 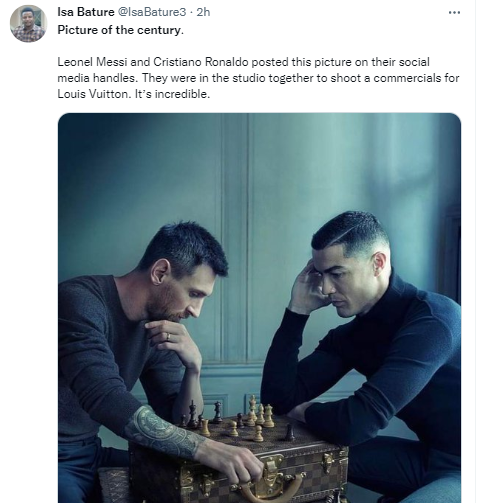 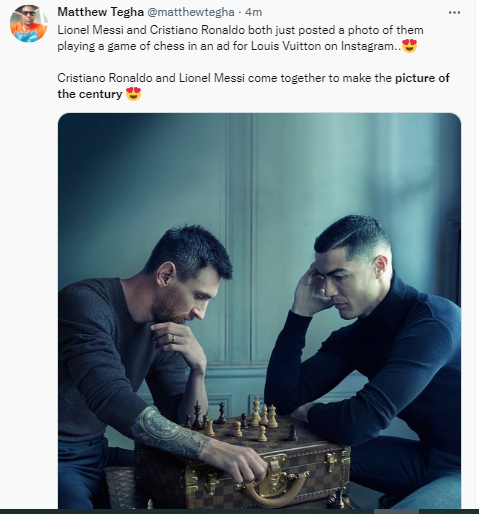 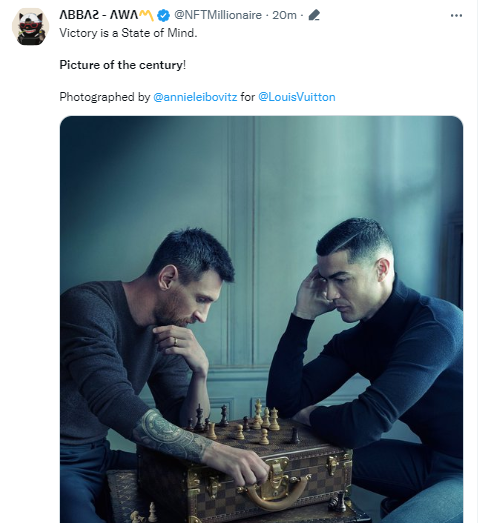 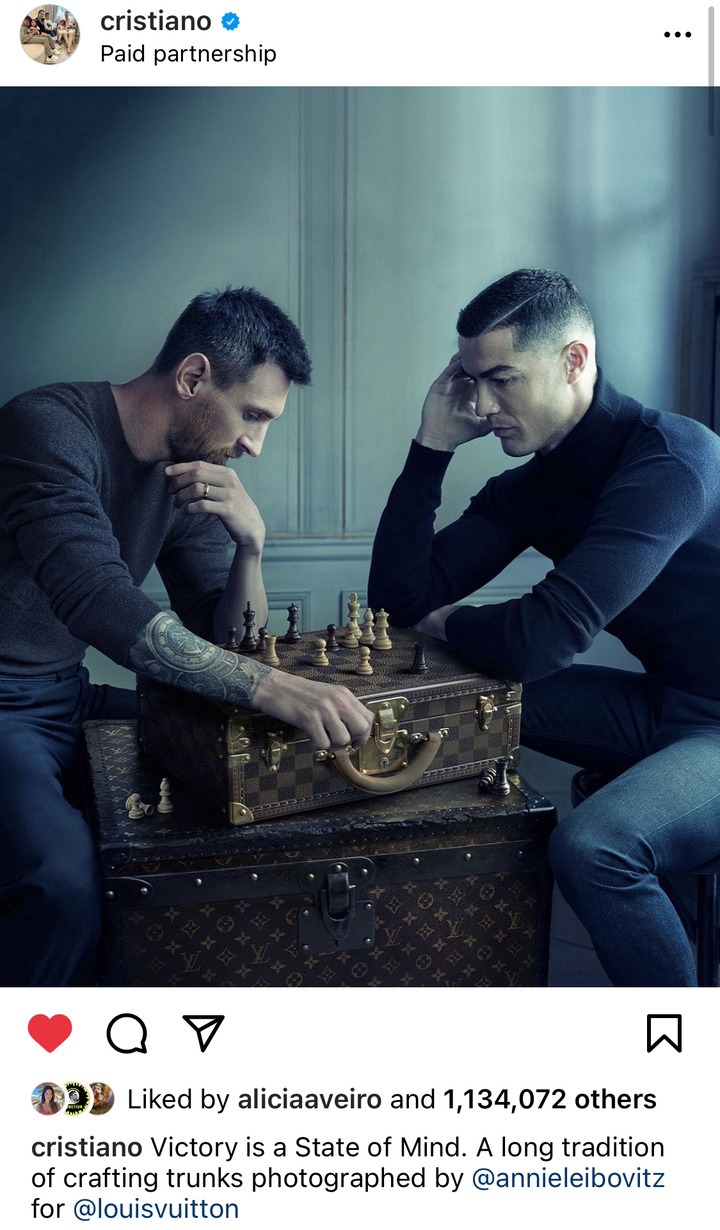 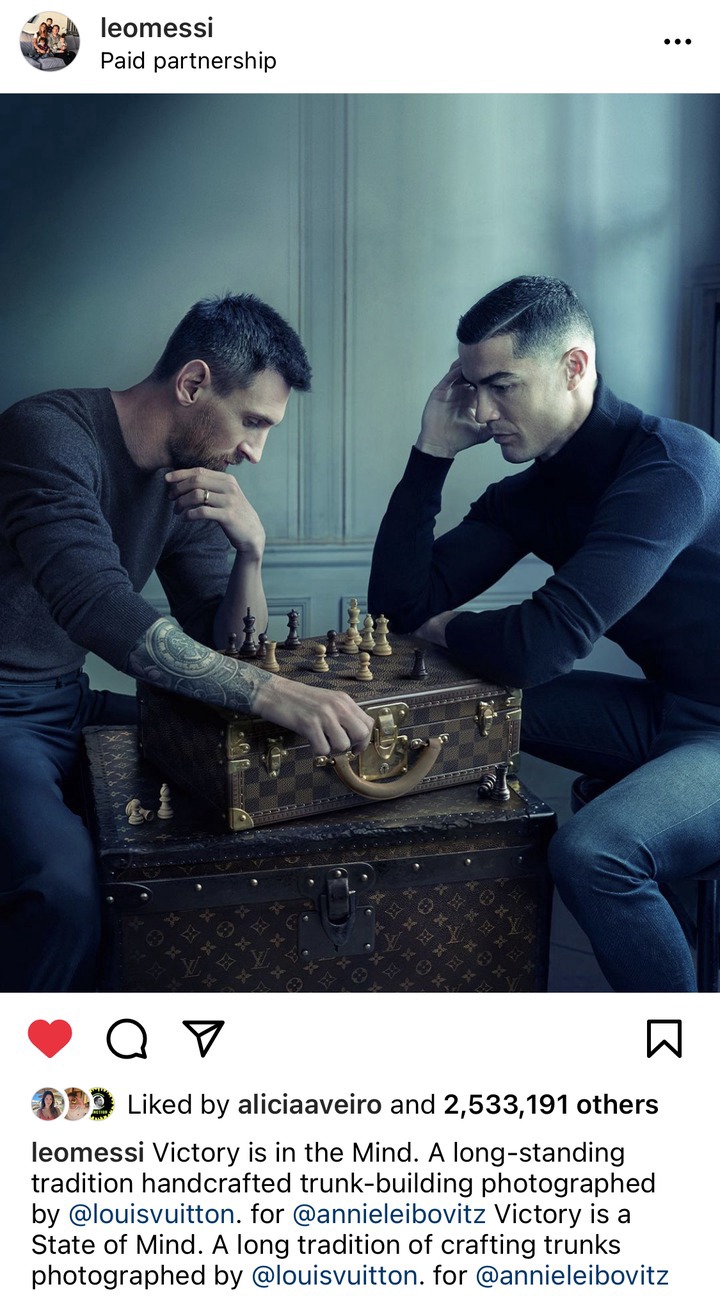