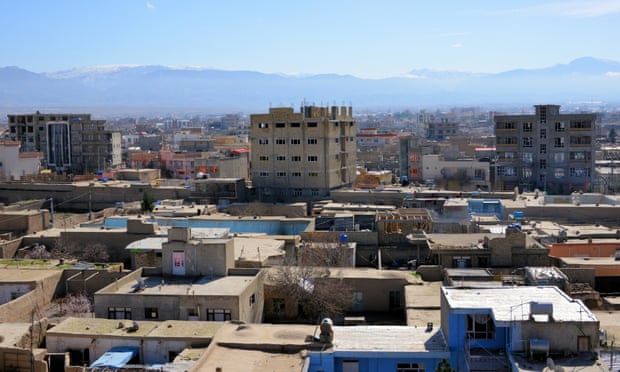 A 29-year-old activist and economics lecturer, Frozan Safi, has been shot and killed in northern Afghanistan, in what appears to be the first known death of a women’s rights defender since the Taliban swept to power almost three months ago.

Frozan Safi’s body was identified in a morgue in the city of Mazar-i-Sharif after she went missing on 20 October. “We recognised her by her clothes. Bullets had destroyed her face,” said Safi’s sister, Rita, who is a doctor.

“There were bullet wounds all over, too many to count, on her head, heart, chest, kidneys and legs.” Her engagement ring and her bag had both been taken, Rita added.

On Thursday, Taliban security forces brought the bodies of two unidentified women who had been shot dead to the Balkh provincial hospital, said Meraj Faroqi, a doctor there. They had been found alongside the bodies of two men in a house in Mazar-i-Sharif, said Zabihullah Noorani, the Taliban’s director for information and cultural affairs in Balkh province, who suggested that they could have been victims of a “personal feud”. Police were investigating the case, he said.

The deaths underscore the pervasive sense of fear in Taliban-controlled Afghanistan, where a spate of reprisal killings of people linked to the previous government has fostered an atmosphere of impunity and confusion.

Since mid-August, women have held regular, nationwide protests against the Taliban, demanding that their rights be restored and protected. Barely a day passes in Afghanistan without women’s rights further shrinking. Girls are de facto banned from secondary school, the new government is all-male and women have been barred from most sports and work.

On Thursday Human Rights Watch said Taliban rules were prohibiting most women from operating as aid workers in the country, hastening a looming humanitarian disaster.

Activists say they are being hunted down by the Taliban, who have perfected ways to infiltrate and intimidate women’s groups.

Towards the end of last month, Frozan received a call from an anonymous number, telling her to gather proof of her work as a rights defender and leave for a safe house.

This made sense to her: Frozan believed her request for asylum in Germany was under way. She stuffed some documents, including her university diploma, into a bag, threw a black and white scarf over her head and left home, said Rita.

She was wary of pointing her finger at the Taliban. “We just don’t know who killed her,” Rita said. The sisters’ father, Abdul Rahman Safi, 66, said Frozan’s body had been found in a pit not far from the city, and was registered by hospital workers as unknown.

Zahra, another protest organiser who spoke to the Guardian using only one name out of security concerns, said she had been with Frozan at the most recent protest in Mazar-i-Sharif against Taliban rule.

“My WhatsApp has been hacked. I wouldn’t dare go on social media now,” Zahra said.

The extremists have led a largely violent crackdown on dissent, beating women with electric batons and detaining and torturing reporters who cover the nationwide protests by women demanding their rights be restored and protected.

This story is published in partnership with Rukhshana Media.