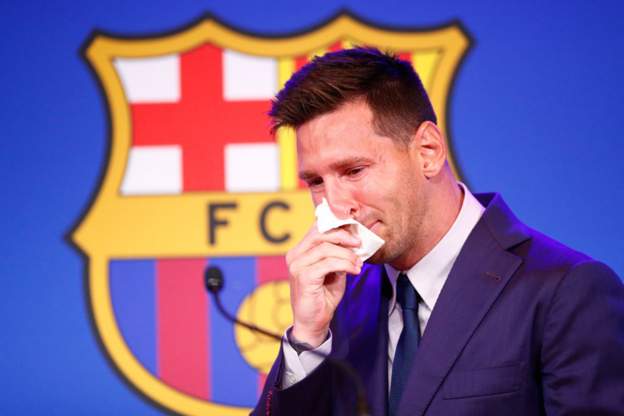 Argentine professional footballer, Lionel Messi, has opened up on his plan and hope of returning to Barcelona.

The Editor Nigeria recalls that Messi joined Paris Saint-Germain on a two-year contract in August this year.

The six-time Ballon d’Or winner sealed his move to the French club on a deal worth £25m per year after tax, plus bonuses.

Messi’s exit from Camp Nou is understood to be related to Barcelona’s financial crisis, being unable to offer the striker a good new deal.

The Argentine’s exit from Barcelona’s squad had come with lots of emotions cutting across family members, teammates, club officials, and fans.

However, barely three months after joining the Ligue 1 side, the 34-year-old forward expressed his intention to be part of Barca’s senior management in the future.

Messi again professed his desire to reunite with the Blaugrana to continue the long-term relationship he had had with the club.

“If there is a possibility, I would like to contribute again in what I can because it is the club that I love and I would love for it to continue to be good, to continue growing and to continue being one of the best in the world,” Diario Sport quoted the Argentine as saying.