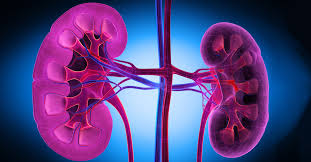 Popular Nollywood actress Kemi Afolabi in a recent interview with Chude Jideonwo revealed she’s been diagnosed with an incurable ailment.

Afolabi revealed she’d been diagnosed with ‘lupus’ and was advised by the doctor to spend more time with her family as she has five years to live.

The 43-year-old actress said the disease can only be managed through medication.

While many have continued to wonder what ‘lupus’ really is, here is major information on it:

What is ‘lupus?’ Lupus is an autoimmune condition, but the exact cause is unclear.

It’s is a long-term autoimmune disease in which the body’s immune system becomes hyperactive and attacks healthy tissue.

Due to its complex nature, lupus is sometimes known as the “disease of a thousand faces.”

The immune system is a complex network made up of organs, tissues, and cells. It protects the body by fighting off foreign bodies such as viruses, bacteria, fungi, and toxins. It also clears away dead or faulty cells.

The immune system protects the body by producing Y-shaped proteins called antibodies. These antibodies either neutralize a threat or send a signal to other cells to remove it. Specialized white blood cells, called B lymphocytes, produce these antibodies.

When a person has an autoimmune condition, such as lupus, the immune system cannot differentiate between unwanted substances, or antigens, and healthy tissue. The body mistakes itself as foreign in error.

As a result, the immune system directs antibodies against both the healthy tissue and the antigens. This causes swelling, pain, and tissue damage.

SLE can cause inflammation in the:

This inflammation may happen in one of these areas or affect multiple areas at one time.

This condition typically goes through cycles of flare-ups and remissions. During times of remission, a person with lupus may have no symptoms. During a flare-up, the disease is active, and a person’s symptoms return, or new symptoms may appear.

Symptoms of lupus include:

A person with at least four of these symptoms may have lupus:

· Raised red patches on your skin.

· Ulcers in your mouth or nose.

· Arthritis in two or more joints, plus swelling or tenderness.

· Inflammation in the lining of your heart or lungs.

· Seizures or other nerve problems.

· Too much protein in your urine.

· Certain antibodies in your blood.

· Results from a blood test called an ANA test that suggests you may have too many “antinuclear” antibodies.

London-Based Makeup Artist Shares Photos Of Her Son, Allegedly Fathered By Davido, As He Turns 2