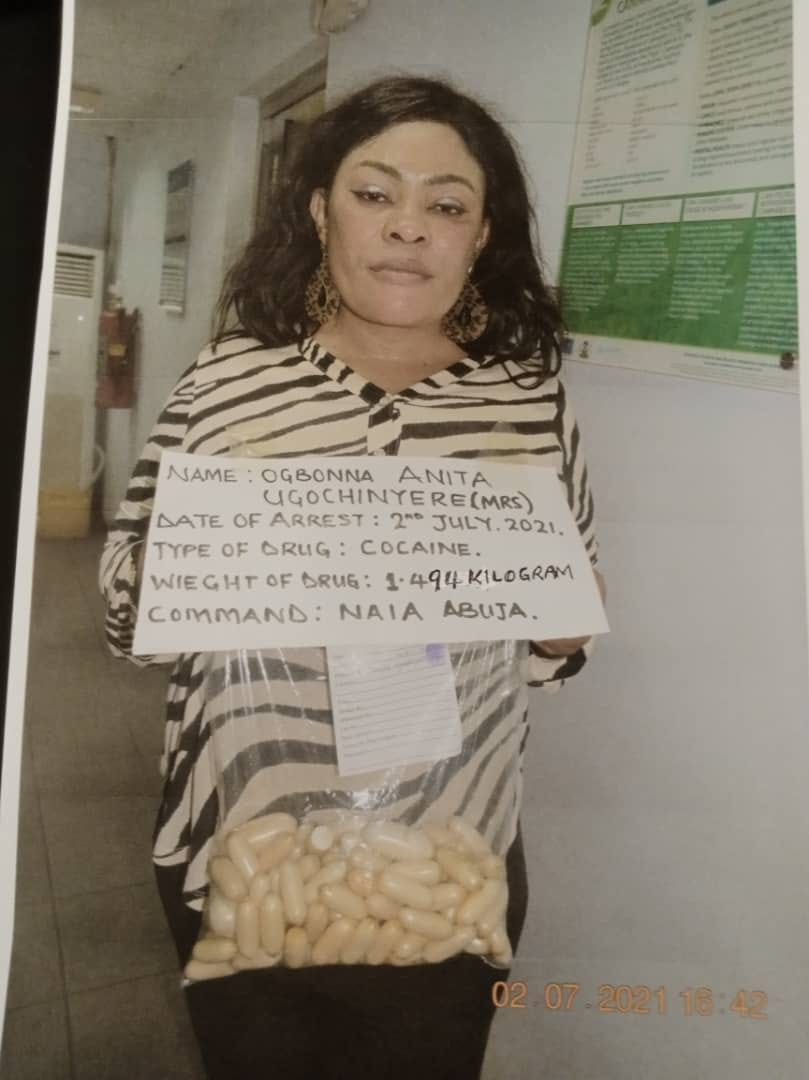 Operatives of the National Drug Law Enforcement Agency, NDLEA, have arrested a Nigerian woman based in Brazil, Mrs. Anita Ugochinyere Ogbonna, at the Nnamdi Azikiwe International Airport, NAIA, Abuja, with 100 pellets of cocaine concealed in her private part and handbag, The Editor Nigeria reports.

NDLEA spokesman, Femi Babafemi, who disclosed this in a statement on Sunday, July 4, said the mother of three was arrested on arrival in Abuja via Qatar Air from Sao Paulo, Brazil through Doha on Friday night, July 2.

“The suspect was arrested on Friday night on arrival in Abuja via Qatar Air from Sao Paulo, Brazil through Doha. Upon a proper search, 12 wraps of cocaine inserted in her private part were extracted while another 88 pellets stuffed in socks were discovered hidden in her handbag,” Babafemi stated.

“During interrogation, Mrs. Ogbonna, who is a mother of three children, all resident in Brazil, claimed she lost her husband three years ago. She confessed she decided to traffick the illicit drug to raise money for the burial of her father scheduled for 22nd July in Imo state,”

“She said a man named Emeka, alias KC also based in Brazil gave her the drug to deliver in Nigeria for a fee of $3,000. She said she pushed the wraps of cocaine into her private part after her attempts to swallow the pellets failed. The suspect who owns a shop where she sells African foodstuffs in Brazil further claimed she had to drop her three young children with a Kenyan lady who is her neighbour in Brazil before she embarked on the quick-money-journey.” he added.

See the video below;