Enugu metropolis is by its topography challenged with the scarcity of ground water occasioned by the large deposit of the mineral resource, coal. That is why Enugu is also referred to as the Coal City State.

Nature seems to have exchanged water for coal. One, therefore, begins to wonder whether coal is a blessing or a curse to Enugu city, especially now that the mineral resource is no longer being tapped. Would nature listen to the muted cry of the people of the Coal City for water? Would the people say, ‘Take your coal and give us water?”

Enugu is an old city and the capital of the East Central State. So, its various administrations had naturally resorted to the adjourning part referred to as 9th Mile Corner bereft of coal deposit as a mitigating alternative to the challenges of water scarcity in the city. Boreholes were drilled and the clean water therefrom reticulated via underground pipes through the hilly and undulating landscape from 9th Mile to the various parts of the city. Nonetheless, this also has its own challenges, as we know that boreholes do not last forever. So, it is required that constant maintenance be done and new bireholes drilled as the need arises. The question of power source to the boreholes has also been there as the usual epileptic power supply characteristic of Nigeria offers itself as another challenge. The poor management of the situation has over the years led to the emergence of water tanks. 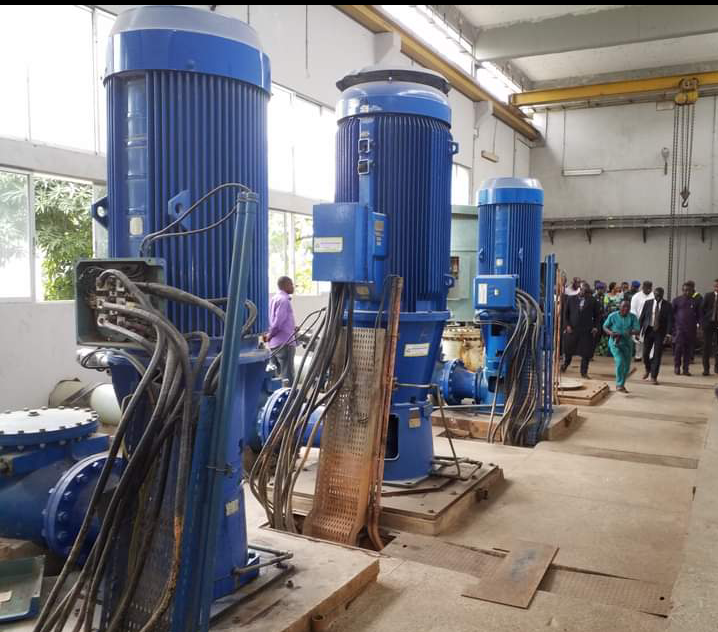 Households no longer rely on water from the state’s water corperation as they now resort to patronising tanker drivers who lift water from the 9th Mile boreholes and sell to the people at exorbitant prices which they adjust upwards every now and then at whims because of the scramble for their services. Some of the tanker drivers would not help matters; they do not have the patience of waiting for their turns at the 9th Mile boreholes. They would suck water from dirty pools around some nearby places and then sell the dirty water to households as clean water. The health implications of this has yet to be reckoned with. Some households dig wells but the wells offered them some temporary reprieve during the rainy seasons only to dry up in dry seasons when they needed the water more. Even water from the wells is usually not clean and besides the health hazards this constitutes, the environmental and ecological implications are much and varied.

It appeared water scarcity in the metropolis became intractable to the various administrations of the state. Government efforts had merely yielded temporary reprieve to some parts of the city like New Haven and GRA, leaving the other parts of the city down and out water wise.

Recently the blighting situation of water scarcity in the state got worse as the tanker drivers could not meet with the high demands.

But, the government of Rt. Hon. Dr. Ifeanyi Ugwuanyi had proactively and in its characteristic visionary approach to challenges seen through what was coming and so made provisions in its 2021 “Budget of Recovery and Continued Growth” for the rehabilitation of the 9th Mile Water Crash Programme to permanently solve the age-long water challenge in the city.

Recently, the special adviser to the governor on water resources, Hon. Anthony Dubem Oyia, did reassure the residents of the state that the Ugwuanyi administration had begun to tackle the water challenges it inherited from the previous administrations and that it was being done by the implementation of the visionary budget.

According to IgbereTV reports, Onyia revealed that a contract of N600 million had been awarded to Fordmarx Nigeria Limited for the rehabilitation of the 9th Mile Crash Programme which would involve solar powered boreholes that would enable adequate supply of water from Oji River, Ajali and Iva water schemes to Enugu metropolis. Hon. Oyia also said that the state government had commenced the bid opening and evaluation meeting for the new Okwojo Ngwo boreholes argumentation to Enugu metropolis, a network of ten solar powered boreholes in a newly conceived design which would help boost water production for the newly awarded programme.

Solar powering of the boreholes is a creative way of mitigating the unavailability of electricity for powering the boreholes which had been the bane of the 9th Mile Water projects. This is how to permanently overcome such a challenge. Besides this, the Ugwuanyi administration has also committed funds to the actualisation of FG Adada Dam water project in Nsukka. So, the Ugwuanyi administration has zero tolerance for water scarcity as has been demonstrated by the various projects being implemented.

The constitution of a new Enugu State Water Corporation headed by its newly appointed managing director, a foremost consultant in the water industry, Engr Innocent Diyoke, is also another way of revving up the managerial capacity of the corporation to be able to tract down the embarrassing water challenges in Enugu city. The injection of the new blood into the corporation will do away with the bureaucratic bottleneck and poor attitudinal response to situations associated with the former corporation.

Obviously, Governor Ugwuanyi has taken giant strides in the water sector to end the age-long water challenge in Enugu metropolis and Enugu State in general. The blighting water situation was envisaged and adequate provisions was made in the budget to deal with it. The government has begun to unleash the full implementation of the 2021 budget and all is geared towards the benefit of the people and residents of Enugu State.

#Enugu State Is In The Hands Of God