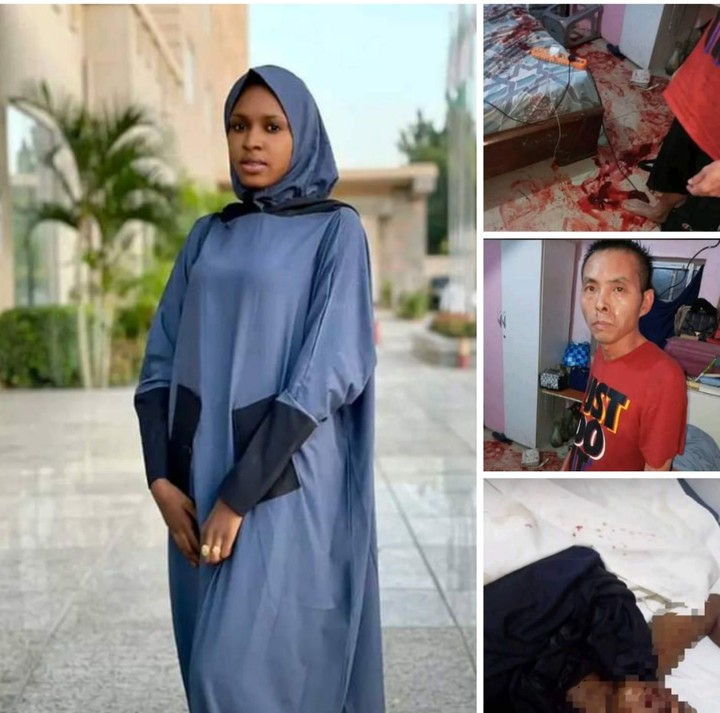 An emotional video of Ummakulsum Sani Buhari, the lady stabbed to death by her Chinese lover, predicting her end is currently circulating on social media.

The Editor Nigeria recalls that he 23-year-old was stabbed by a Chinese lover after the suspect stormed the residence of the victim’s parents located adjacent National Environmental Standards and Regulations Enforcement Agency (NESREA), Janbulo quarters, Gwale local government area of Kano.

The murder of Ummita as she was fondly called has sparked outrage, with many people calling for justice against her murderer.

In the clip, Ummita, who was visibly elated, was chatting with an unidentified female friend in a room.

Ummita, who was being teased by the friend she called Saurauniyya, said, “Sarauniya I may die before you; everyone has own destiny and it comes unannounced. I may sleep today and never wake up (die). May we die with faith and you cannot die and leave me until you give birth to twenty children.

The duo got lost in laughter.

One Chance? Watch As Tinubu Sleeps Off During Meeting At Gombe Emir’s Palace(Video)