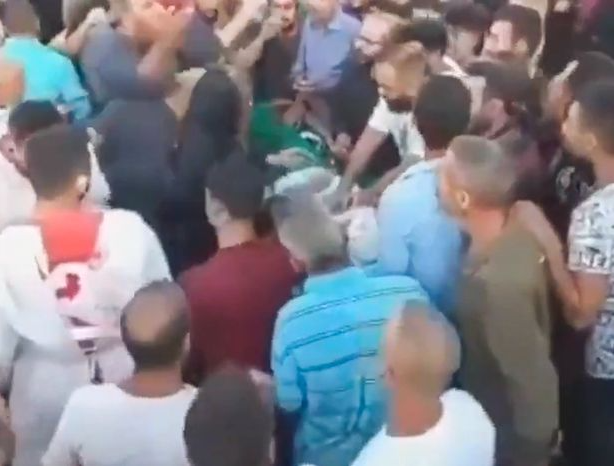 A “dead” man was seen breathing when his coffin was opened at his funeral just before he was to be buried.

The bizarre incident happened as mourners gathered around the corpse to take him to his funeral in the city of Hermel in the northern Lebanese governorate of Baalbek-Hermel earlier this week.

Video shared on social media shows a grieving crowd gathered around the open coffin as a woman cries and touches the “corpse”.

At one point, the mourners appear to notice the body moving and some start performing chest compressions on him.

An ambulance was then called and it took the body to a medical centre to be checked.

At the hospital, doctors pronounced the man was still alive but they did not explain how or why he was wrongly registered as deceased.

Watch the video below;