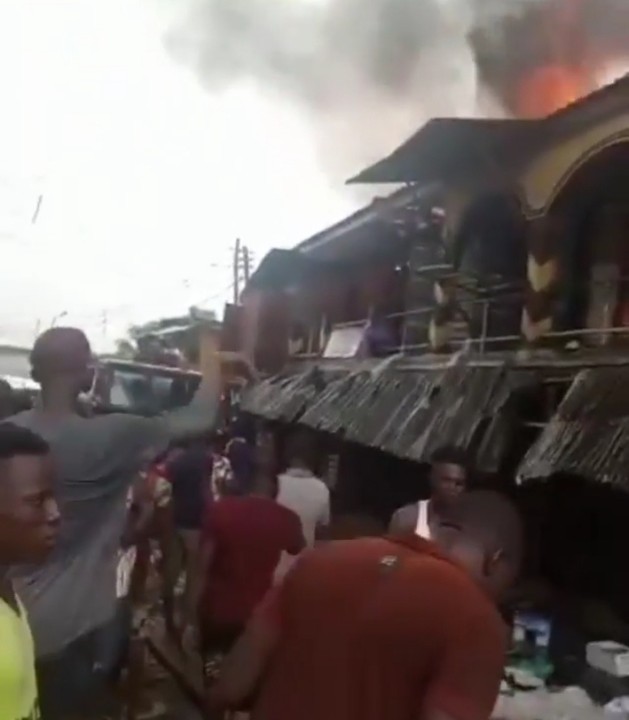 Men of the Lagos State Fire Service are currently battling to put out inferno which broke out on Sunday morning at spare parts sales line, Alapeju section of Ladipo Market, Mushin, Lagos.

As at press time, the cause of the fire was yet to be determined. The fire is said to have destroyed several items estimated to cost millions of naira.

The spokesman of the state fire service, Amodu Shuabu, who confirmed the incident , said efforts are in place to quell another fire that gutted a building at 36, Abeokuta Expressway, Cement, Dopemu, Lagos.

Shuabu, however, appealed to residents to maintain peace as efforts are on to put out the raging inferno.