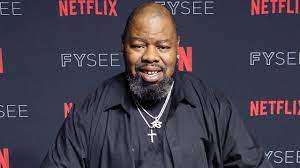 American rapper, DJ and producer Biz Markie, who shot to fame with the 1989 hit â€œJust a Friend,â€ died on Friday aged 57, his representatives said.

He died with his wife by his side, Jenni Izumi of Biz Markie Inc. told AFP in a statement.

â€œBiz created a legacy of artistry that will forever be celebrated by his industry peers and his beloved fans whose lives he was able to touch through music, spanning over 35 years,â€ the statement read.

No cause of death was given for the rapper, whose real name was Marcel Hall, but he had experienced health issues in recent years related to type 2 diabetes, media reports said.

â€œJust a Friend,â€ with its catchy off-key chorus, hit No. 9 on the Billboard Hot 100 and later was added to VH1â€™s list of the 100 greatest hip-hop songs.

His death triggered an outpouring of tributes.

Fellow rapper Q-Tip â€” whose former group A Tribe Called Quest was at the vanguard of art-house hip-hop in the 1980s and 1990s â€” tweeted: â€œThis one hurts baadâ€¦ im gonna miss u so so many memories.â€

Having started out as a beatboxer in his teens, according to reports, he later showed off his prodigious and pioneering skill in a memorable cameo as a beatboxing alien in the film â€œMen In Black IIâ€ starring Will Smith.

He also appeared on the small screen in recent years, as himself on popular TV shows â€œblack-ishâ€ and â€œEmpireâ€ and lending his voice to the cartoon Sponge Bob as well as being a recurring guest on childrenâ€™s show â€œYo Gabba Gabba!â€

More recently, he was known for his DJing, posting about appearances regularly on Twitter â€” including with several new rap stars such as Cordae.

Posts dropped off in mid-2020, when he was reportedly hospitalized.

His fame extended far beyond the United States â€” where he once DJed the White House Correspondentsâ€™ Dinner â€” taking him to renowned venues around the world, including the Bataclan in Paris.

â€œThis cat was one in a million.â€

#BBN: See How Much Winner Of BBNaija Season 6 Will Take Home