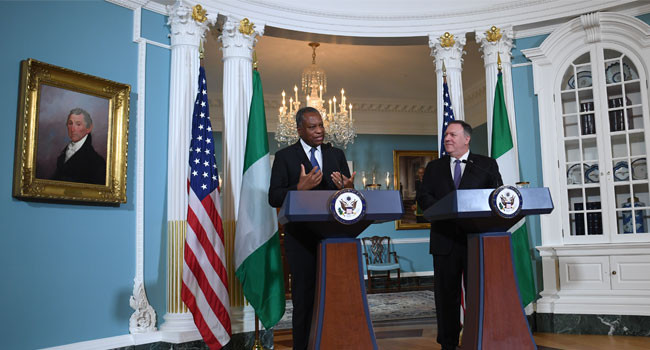 Addition of Nigeria to the list for the first time, paves way for potential sanctions if there is no improvement on the record.

Secretary of State Mike Pompeo said the United States designated Nigeria which is a US ally as a “Country of Particular Concern” under the International Religious Freedom Act of 1998 for religious freedom, for engaging ”systematic, ongoing, egregious violations of religious freedom.”

The U.S. is unwavering in its commitment to religious freedom. No country or entity should be allowed to persecute people with impunity because of their beliefs. These annual designations show that when religious freedom is attacked, we will act.

US adds Nigeria to blacklist on religious freedom

Nigeria now joins nations like China, Iran, Pakistan and Saudi Arabia on the list. Other nations on the blacklist are Eritrea, Myanmar, North Korea, Tajikistan and Turkmenistan.