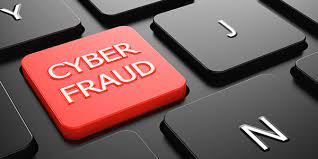 One Bamidele Muraina, said to be an indigene of Oyo State, has been jailed in the United States of America for cyber fraud, involving hacking into tax preparation firms and filing of fraudulent unemployment benefit claims and tax returns.

According to a statement by the Department of Justice, United States Attorney’s Office, Northern District of Georgia, Muraina was sentenced to five years and 10 months’ imprisonment, to be served at the Federal Prison in Atlanta, The Editor Nigeria gathered.

Muraina, alongside one Gabriel Kalembo, a previously convicted fraudster, was said to have used stolen personal identifiable information and laundered fraudulent assets.

“These defendants stole funds from programmes meant to assist American workers and families seeking to make ends meet during the COVID-19 pandemic.

“The collaborative efforts of our law enforcement partners were essential to disrupting a sophisticated network of criminals and bringing their leaders to justice,” said acting U.S. Attorney Kurt R. Erskine.

According to Erskine, the charges and other information presented in court showed that between January 29, 2018 and through April, 2020,  Muraina hacked into multiple tax preparation and accounting firms located in several states, including a Brunswick, Georgia-based accounting firm.