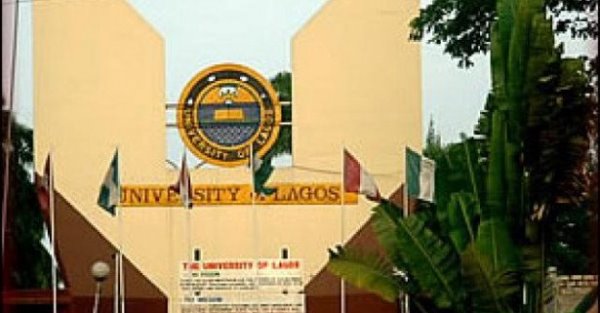 The Presidential Visitation Panel to the University of Lagos has said it detected cases of contract splitting and frivolous contract awards at the institution.

The seven member panel which was headed by Gen. Martin Luther Agwai (retd.), stated this in its report to the Federal Government.

This was after the immediate past Governing Council, led by Dr Wale Babalakin SAN, removed Ogundipe.

However, while the panel was about completing his report, Babalakin SAN, resigned.  But Ogundipe was reinstated by the FG in December 2020.

The Agwai panel in its report said, “There are cases where the principal officers exceed approval limits by approving related and similar expenses that ordinarily should be a single piece of procurement. This could be interpreted as splitting of contracts or services for it to be within the limit of an officer and avoid rules governing big tender, breach of the Procurement and Fiscal Responsibilities Acts.”

The panel report gave an example of frivolous contracts saying, “In year 2016, the sum of N25,085,306 was paid to Nugabass Consultants Limited as professional fees in respect of recovery of N447,000,000 from PENCOM out of the N3bn indebtedness of the FGN to the university. This is an avoidable cost as the university could have established a more cordial relationship with PENCOM and used it to recover the debts.”

It noted that only one external audit firm had been auditing the financial statements of the University Main Campus, College of Medicine, and all the internally revenue generating units, adding  “ The University is a large educational institution with many, and demanding activities. A single firm of auditors seems inadequate to handle the annual audit of the institution along with its numerous subsidiaries.”

The visitation panel report also explained that as regarding approval limits and splitting of contracts and services, the Bursar and other parties that were interrogated, including the Head of Procurement, based their position on lack of funds to take on the whole contract sum at once and on overpayments, they explained that the excess of amounts paid for services were additional cost on certified work that became inevitable despite expiration of the first contract agreement.

“From the Memoranda that it received and from presentations made, a number of people made strong allegations of gross misconduct against Prof. Ogundipe personally and his management between 2017 and 2020.

Efforts to get the VC, Ogundipe to respond to the allegations proved abortive as he did not respond to a Whatsapp message which our correspondent sent to him. Calls made to his mobile phone also rang out. He also did not pick his Whatsapp calls.

But UNILAG’s spokesperson,  Mrs Nonye Oguama said, “The management of UNILAG is not aware of any such report; so I can’t react to what I am not aware of. I hope it is not one of the enemies of the university that is coming up with this?”