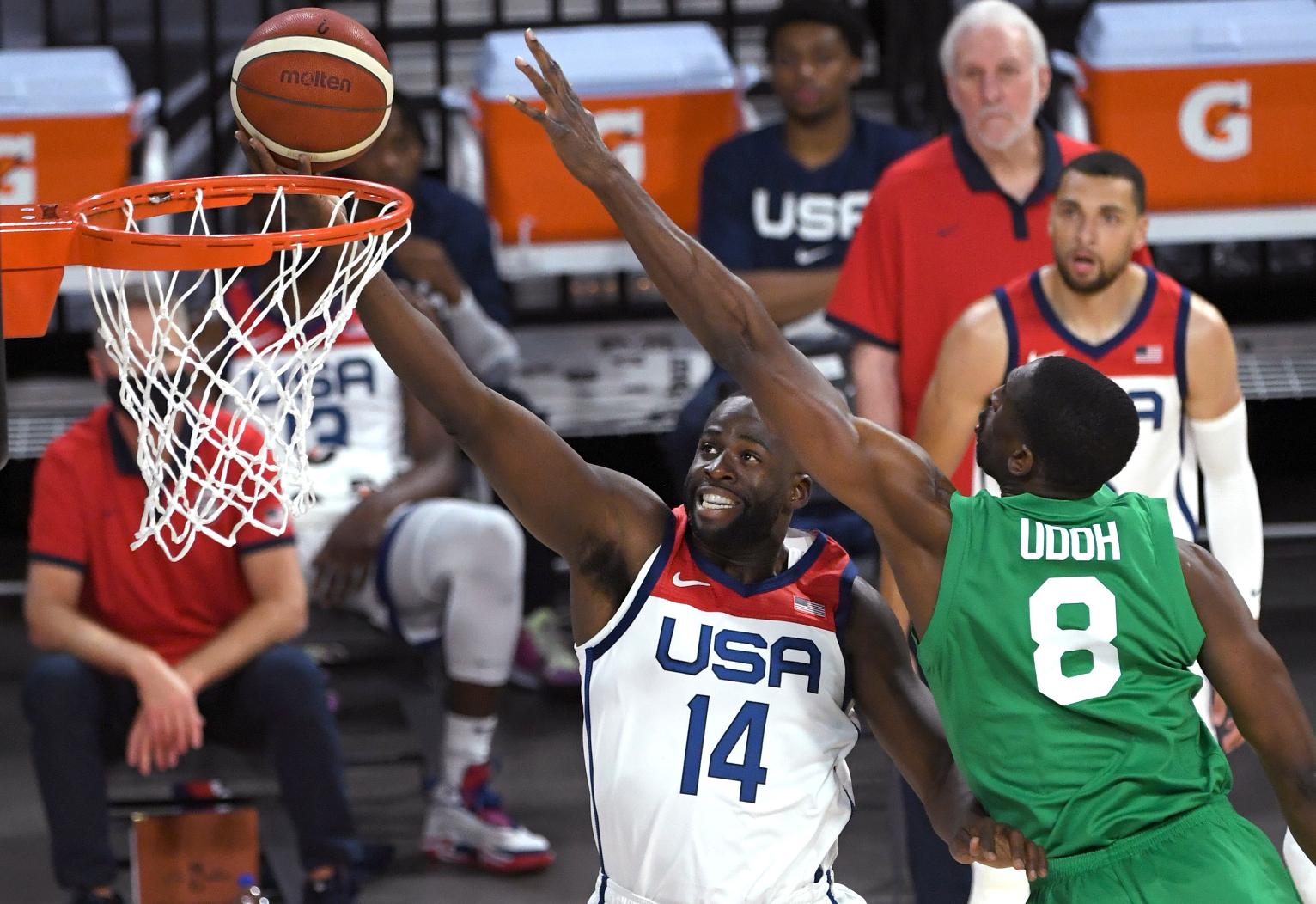 Nigeria shocked the United States of America 90-87 in a pre-Tokyo warm-up march on Saturday night.

It was an international shocker after the West African side, with their little-known NBA players, defeated the All-NBA, All-Star and max-contract US side.

U.S coach, Gregg Popovich said after the game, â€œI thought that the Nigerian team played very physically, did a great job in that regard and knocked down a lot of 3s.â€

NBA superstar, Kevin Durant had 17 points for US while Jayson Tatum added 15, Damian Lillard had 14 and Bam Adebayo 11.

â€œJust goes to show that we have to play better,â€ Tatum said.

Among many other defeats, Nigeria lost to the U.S. at the 2012 Olympics by 83 points.

They lost to the Americans again four years later in an exhibition, that time by 44 points.