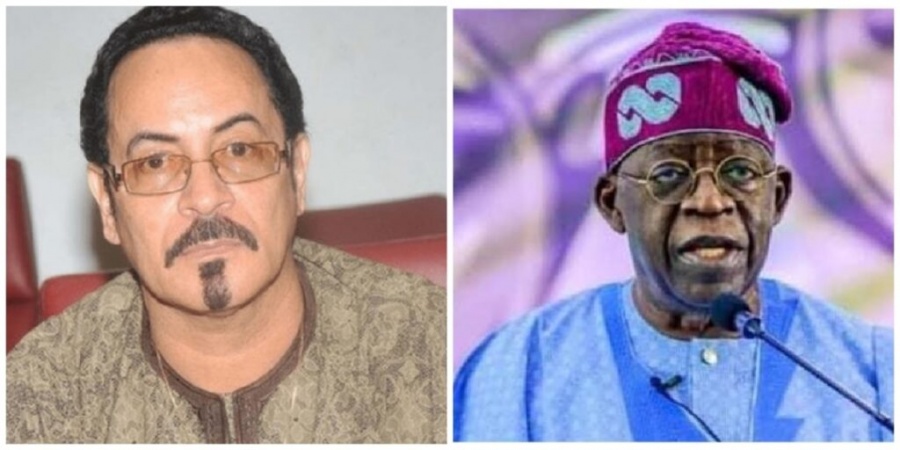 Veteran musician and renowned flutist, Dr. Omatshola Iseli, professionally known as Tee Mac, has refused to retract his claim that former Lagos State governor, Asiwaju Bola Ahmed Tinubu, is actually 86 years of age and not 70 as he claims.

The former President of the Performing Musicians Employers Association of Nigeria (PMAN) had recently made the claim while responding to a Facebook post by a supporter of Tinubu, the presidential candidate of the ruling All Progressives Congress (APC) for the 2023 elections.

Reacting to viral reports on his claim, Tee Mac told a Lagos portal, The Frontier, last night (Thursday, July 2) that he did make the comments credited to him but explained that it was a private message to someone on Facebook, which he never knew would go public.

According to Tee Mac, he believes “the guy is one of those internet teams defending and countering anything not pleasing the Tinubu camp”.

“Tee Mac said he does not have any personal problems with Tinubu.

“The light-skinned musician who is also into oil and gas business however said that he will not retract the story as the age he mentioned in his Facebook comment was what he knows to be the true age of the politician.

“He also added that he’s worried about Nigeria the way Tinubu purchased his presidential ticket.

“He challenged Tinubu and his camp to provide his (Tinubu’s) birth certificate to prove him wrong,” according to The Frontier.

Tee Mac also informed the paper that ever since the story of Tinubu’s true age credited to him went into the public domain, he has “received countless calls from all over the world” and has “replied countless messages, blogs etc”.

The full reaction of the musician, a cousin to Tinubu’s wife, Senator Remi Tinubu, addressed to The Frontier Publisher Sunny Okim, is as reproduced below:

“Dear Amb Sunny Okim, I had a busy day today with countless calls from all over the world. I replied countless messages, blogs etc. My response (to the story) is as follows: I replied to a Tinubu fan on Facebook. This was actually a private message, everything correct and to my best knowledge of Tinubu. I think the guy is one of those internet teams defending and countering anything not pleasing to Tinubu’s camp. I do not have any personal problems with Tinubu but honestly the way he purchased his presidential ticket made me to be worried about Nigeria. This guy posted my reply to many blogs, went into my Instagram and took a recent photo. It has gone viral and I received phone calls from all over the world. Let the Tinubu camp provide the birth certificate to prove me wrong! I am a proud Nigerian and pray that next year’s election will bring us a president who can take Nigeria out of all the problems like insecurity, inflation and poverty. We are the most blessed nation on earth with healthy people, natural resources and nothing should stop us from becoming a leading nation on this earth. Best regards Tee Mac.”

Tee Mac had stirred the hornet’s nest when he made the following comment on Facebook in response to a post by one Yemi Olakitan, who declared his support for Tinubu’s presidential aspiration:

“Dear Yemi. Anybody can choose any candidate, but an intelligent person will ask himself the question: do I choose rightly? Is the man qualified? Is he honest? Does he tell us the truth about his age, background, and how he made his money? Is this man healthy enough at 86 to take up the task of a totally run-down country?

“You see Tinubu is my in-law. His wife Remi is my cousin. Her Itsekiri mother and my Itsekiri mother are sisters. I have known Tinubu since the mid-80s personally and even arranged for him to stay in my stepfather’s house (Sir Mobolaji Bank-Anthony) in London when he went into exile.

“I stopped supporting him and stopped family visits etc when he sold that Buhari to the nation in 2015. My advice to the nation is that this man is absolutely not qualified to become our next president. Respectfully Tee Mac Omatshola Iseli.”

Advertisement
Related Topics:Tee Mac
Up Next