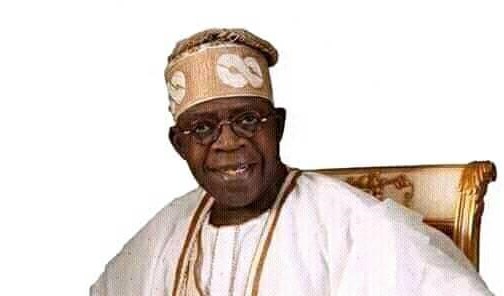 DSS said it was worried that the ruling All Progressive Congress was fielding Muslim-Muslim tickets without considering the peace and unity of the country above politics.

State Security Service, SSS, which changed to DSS said the ruling APC and Tinubu must not implement the Muslim-Muslim tickets for the peace, unity and security of Christians in the country.

DSS stated this in a classified security document sent to the National Security Adviser, Gen. Babagana Monguno (rtd), for onward transmission to President Buhari according to Peoples Gazette.

The contents of the classified report to President Muhammadu Buhari by the State Security Service were shared with the online newspaper, Peoples Gazette, by national security officials this week.

“The SSS produced the report and handed a copy to the NSA,” an intelligence officer told The Gazette.

“The NSA looked at the report and added it for security briefing to the president.   “Simply put, our understanding is that the alliance will destabilize Nigeria and embolden attacks on Christian citizens from their fellow Muslim citizens.

“The distrust Christians are likely to harbour against a presidency occupied by two Muslims won’t make our work easy at the national security level,” the source who spoke to The Gazette said.

The DSS official disclosed to Peoples Gazette that President Buhari was not involved in the deliberations that led to Tinubu’s announcement of Kashim Shettima as his 2023 running mate to the ire of Christians across the country.

“People can say whatever they like about Mr President, but as a senior intelligence administrator I can guarantee you he was not involved in Tinubu’s decision at all,” the official said in a remarkable moment of candour.”

Another official said the report was commissioned after Tinubu became the standard-bearer of the ruling APC on June 8 and started embracing the idea of a Muslim-Muslim ticket as the most potent strategy to be elected as president in an ethnically and religiously polarised country like Nigeria.

“The distrust Christians are likely to harbour against a presidency occupied by two Muslims won’t make our work easy at national security level,” the source who spoke to The Gazette said.

The presidency, however,  released a statement on Friday refuting the report of Peoples Gazette.

The All Progressive Congress, APC, put on indefinite hold their unveiling of their running mate, Kashim Shettima, to the public on Thursday.

APC Campaign Press Corp Chairman who spoke with newsmen did not disclose the reason for the indefinite postponement.

Nigerians from all regions, political parties, and faiths are condemning the Muslim-Muslim tickets of the ruling All Progressive Congress.

Advertisement
Related Topics:DSS
Up Next

Nigerian Newspapers: 10 Things You Need To know This Saturday Morning