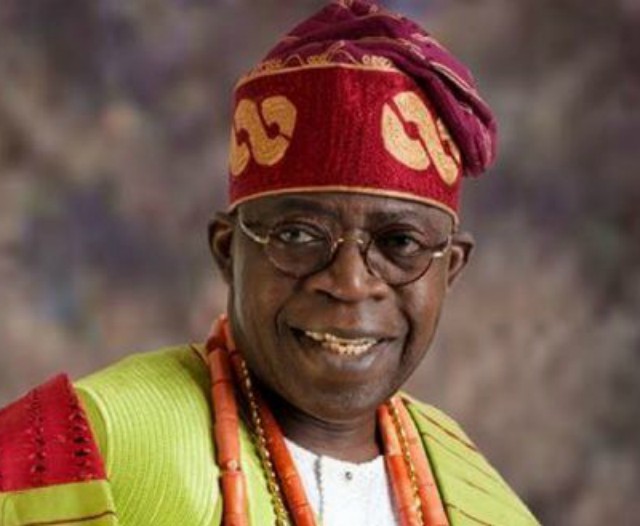 His Antecedents
Senator Bola Ahmed Tinubu has been a dogged politician, who is firm and resolute about he wants and believes in. In 1998 he was among the die hard political class in the group â€˜Afenifereâ€™, insisting that Nigeria needs a true and participatory democracy.

He damned the consequences of putting up a resistance to the Military Junta of Late Gen. Sani Abacha, risking his life which paid off with the untimely demise of the dictator.

This gave him the capacity to re-launch into the new political frontier of the 4th republic, where he joined the Alliance for Democracy and emerged the Civilian Governor of Lagos State.

*_His Role as a strong opposition leader_*
Apart from Gen Muhammadu Buhari (Rtd), another politician that vehemently refused to collapse his political structure, to join the ruling party then the Peoples Democratic Party.

Even when his government was at loggerheads with the Federal over allocations, due to the creation of L.C.D.As. He was firm and unwavering to the antics of the then Obasanjo administration.

He has also been a voice tackling the PDP led government for 16 years, on its policies and programs for the nation.

*_His Political Clout_*
Asiwaju Bola Tinubu at the end of the 2015 general elections, has moved his political clout from the regional to the national level.

Here are some key points to buttress his clout;
-He was instrumental to the victory of President Jonathan in the 2011 general elections, as he delivered Lagos and the South-West.

– He was a key force in the merger of his party the Action Congress of Nigeria, with other parties like the CPC, factions of APGA and the ANPP.

-He has been instrumental to the emergence of his wife Oluremi Tinubu as Senator.

-The symbol of the CAN which is the â€˜Broomâ€™ was retained for the APC because of Asiwajuâ€™s influence.-

-His preferred candidate Gen Muhammadu Buhari (Rtd)emerged the Presidential candidate of the All Progressives Congress.

-His strategic political roadmap of aligning the West with the North was key to the APCâ€™s victory in the 2015 General elections.

To further cap the â€˜Jagabanâ€™ wave in the country, former Emir of Kano HRH Lamido Sanusi visited Senator Bola Ahmed Tinubu, in what can be described as a landmark visit.

It will be the first time a powerful royal leader from the north will visit a political leader in the West, signaling a new dawn in the political and social sphere of Nigeria.

There is nothing as interesting as achieving your dream, and Senator Bola Tinubu, will now relish the fact that his party the APC has broken the jinx, by becoming the first party that will have both the government at the center and in Lagos.

Indeed, Nigeriaâ€™s political story will be incomplete, if it does not acknowledge the contributions of Asiwaju Bola Tinubu.

When Bola Ahmed Tinubu was Governor in 1999, Lai Mohammed and Fashola were his first and second Chief of Staff. Yemi Osinbajo was his Commissioner for Justice and Attorney General of Lagos State.

Unlike many Governors and rich men who doesn’t want to build people for tomorrow’s success, Tinubu believes in the power of building bridges, this has made him more powerful within the context of power play in Nigeria. This is phenomenon. If he falls today politically or financially, the aforementioned names will be his shock absorber.

Truly, he is a definition of a success story.