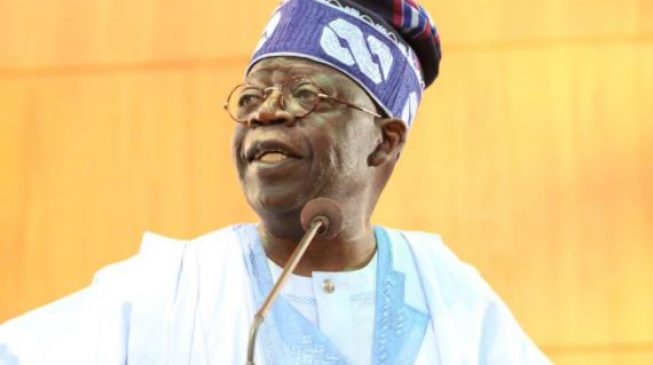 Some Nigerians have expressed mixed reactions over the decision of Bola Tinubu, National Leader of the All Progressives Congress, APC, to run for presidency in 2023.

They noted that Nigerians should expect more hardship if Tinubu eventually becomes president in 2023.

While some Nigerians support Tinubu’s ambition, others are of the opinion that the APC chieftain would make Nigeria worse.

The former governor of Lagos State had earlier declared that he has informed President Muhammadu Buhari of his intentions to run for the Presidency in 2023.

Noting that his ambition to be president had been a life-long ambition, Tinubu said he has the capacity to replicate what he did in Lagos State in Nigeria, if given the chance.

He said there is nothing that stops a kingmaker from becoming the king.

However, many Nigerians have expressed divergent opinions of the ambition of the APC chieftain.

@TheEnike: “Tinubu’s clan put Nigeria at least 100 years back in the last eight years and the best way to “reward” him is give him that same position? May we have sense in our lifetimes.”

@BrewsterHerr: “Nigeria is at an en-passe. History is about to repeat itself. Remember MKO, the same thing will most likely happen to Tinubu, either he loses the ticket in APC or in the general elections. Even if he wins both, there is no escaping the turmoil 2023 has in store for Nigeria.”

@__Ahmadak: “Tinubu circle is massive in the southwest and by extension to the north. That man has a lot of REAL MADE MEN with him and he understands this politics. If he decides to run, I don’t think any force can stop him. I don’t think so.”

@DubemMartin: “7 years of the Buhari/Tinubu alliance in power is hard suffering and pain. It will be foolish for Nigerians to allow the same mess to continue. They will manipulate it. Best way for people to stop them is to rise now and demand for a RESTRUCTURED Nigeria or REFERENDUM to decide our future.”

@Awafiq_”There’s no incongruity between Tinubu and Osinbajo campaigning for the presidency. They are probably testing the waters to see which candidate has more approval ratings.”

@Realifeanyieze: “Tinubu declared to run for president in 2023 by informing Buhari of his intention. I wish him the best, Tinubu isn’t what we need to move this Nigeria forward.”

@dekezman wrote: “If you’re planning to vote Tinubu next year after voting Buhari twice, then you need to really reevaluate your life.”