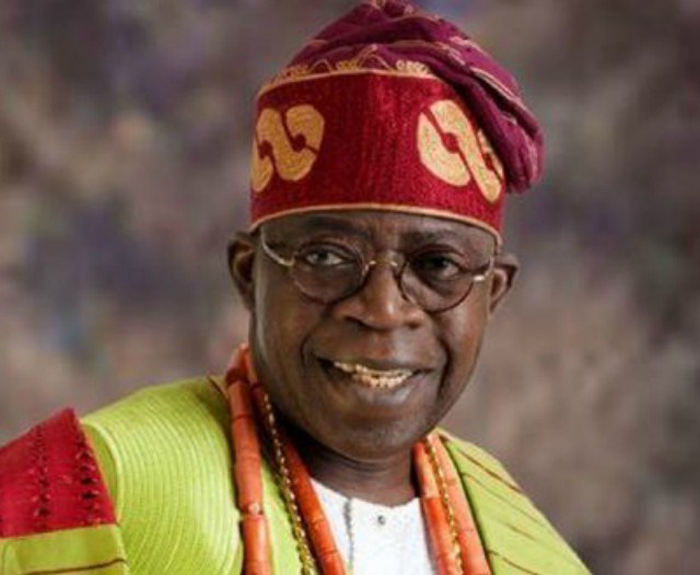 A founding member of the All Progressives Congress (APC), Mr Osita Okechukwu has said former Lagos state governor, Asiwaju Ahmed Bola Tinubu would be in pole position to clinch the ticket of the party under consensus arrangement to vie for the presidency in the 2023 poll.

Tinubu, who is a national leader of the party, is believed to be angling to succeed President Muhammadu Buhari whose tenure expires on May 29, 2023.

Okechukwu, who is the director-general of the Voice of Nigeria (VON) described the proposed idea as a deft move that will perish the prospect of implosion in the party.

Okechukwu, in a chat with reporters, hailed the leadership of the APC for proposing the presentation of a consensus candidate for the 2023 presidential election.

â€œOne slept well last night after reading the profound statement from the social media credited to the distinguished Senator John Akpanudedehe, our national secretary that at the appropriate time APC will come up with a consensus and agreeable presidential candidate that will fly its flag in 2023,â€ Okechukwu said.

â€œFirst, it is refreshing that President Buhari is not for the 3rd term agenda. Second, in my slightest imagination, one doesnâ€™t think any committee handling such delicate matter will miss out on our national leader, Asiwaju Bola Ahmed Tinubu in the matrix.

â€œMethinks, he will be among the top aspirants to be considered, given his immense contribution to the success of our great party in 2015.â€

Prodded further to confirm the notions held in certain quarters that there was an agreement between President Buhari and Tinubu to succeed each other, Okechukwu said, â€œAs a member of the defunct CPC, I never heard of such an agreement and most importantly Mr President is not wont to or better put rarely enter into any formal or informal agreement with anybody. But he appreciates good deeds.

â€œAll I know was that Asiwaju automatically could have been the Vice President if not for what lawyers will call force majeure. For our leadership warned against Muslim/Muslim ticket.

â€œOur leadership then argued that the Abiola/Kingibe Muslim/Muslim ticket which worked in 1993 may not work in 2015. If Buhari/Tinubu both Muslims were to run, as the scenario differs. That was how Asiwaju nominated Professor Yemi Osinbajo as a replacement.â€

Recall that Senator John Akpanudoehede, National Secretary, APC Caretaker and Extra-ordinary Convention Planning Committee (CECPC), on Wednesday hinted that the party might be forced to adopt the use of a consensus to pick its presidential candidate in the 2023 poll.

Akpanudoedeheâ€™s statement was in reaction to the Peoples Democratic Party (PDP) recent allegation that President Muhammadu Buhari had a self-succession plan.

The APC scribe, however, stressed that the party would not allow individual ambitions to derail the Buhari administration, ahead of the 2023 presidential poll.

He said unlike the opposition PDP, the APC was a disciplined party, noting that the former was just been haunted by its past.

Akpanudoedehe recalled the third term agenda of the PDP while it was in power, pointing that the APC would surprise it with the outcome of its planned congresses scheduled to commence on July 31.

He added: â€œAfter our congresses and the National Convention, we will shock them (PDP) by bringing a consensus and an agreeable candidate that will fly the flag of the party come 2023.

â€œAPC has no third term agenda like PDP. What we are doing now is to stabilise the party and not allow individual ambitions to derail President Buhariâ€™s administration.â€