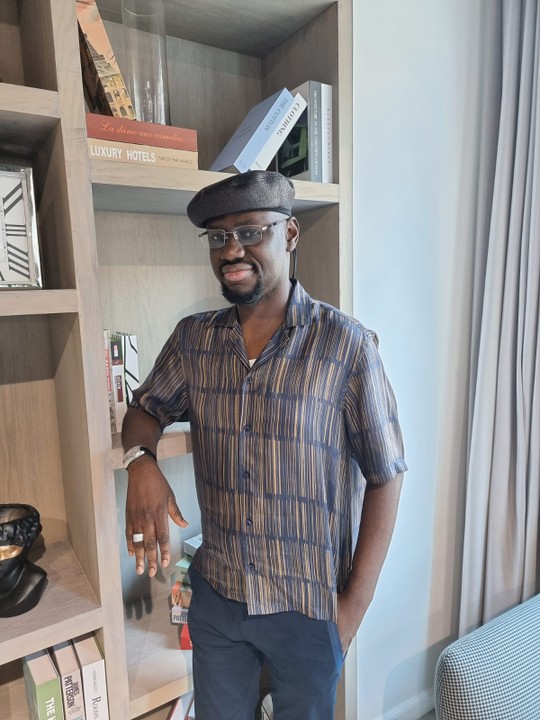 Former Deputy National Publicity Secretary of the All Progressives Congress, Comrade Timi Frank has called on the Attorney General of the Federation and Minister of Justice, Abubakar Malami, to resign over his embarrassment and selective targeting of judicial officers from the South, The Editor Nigeria learnt.

He condemned in strong terms the illegal invasion of the house of the second most senior Justice of the Supreme Court, Justice Mary Odili by security operatives at the behest of the Malami-led Ministry of Justice.

He said despite Malami’s rash denial of his involvement in the shameful saga, “he (Malami) cannot entirely distance himself from the sting operation in view of previous state sponsored impunity against selected Justices of the Supreme Court and Judges of the Federal High Court, under his watch.

Frank, who is the United Liberation Movement for West Papua (ULMWP), Ambassador to East Africa and Middle East, in a statement in Abuja, also called on the President, Major General Muhammdu Buhari (retd.) to immediately relieve Malami of his job should he fail to heed the call to vacate the office of AGF.

He said the need to replace Malami has become imperative to stop incessant harassment, intimidation and molestation of judicial officers as well as the denigration and desecration of the judiciary by Malami and security agencies acting on his orders.

He said Malami has continued to clandestinely promote acts of terror and impunity against Judicial Officers in the country in an attempt to cow them and render the judiciary subservient to the executive arm of government.

He recalled the attack against Justices and Judges in 2016, when operatives of the Department of State Services forcefully invaded and raided the residences of some Justices and judges under the cover of night.

He insisted that the manifest impunity against the justices under Malami’s watch was followed by the unceremonious removal of the former Chief Justice of Nigeria (CJN), Justice Walter Onnoghen who is from the South, by the Buhari-led All Progressives Congress’ (APC) regime barely 29 days to the 2019 general elections.

He lampooned attempts by Malami to sweep the recent violation of Justice Odili’s house under the carpet by saying he has ordered a
probe into the sickening and anti-democratic action of security operatives against a respected Justice of the Supreme Court.

“What is the result of past inquiries ordered by Malami when the residences of selected Supreme Court Justices and Federal High Court judges were invaded in a gestapo-style by the DSS in 2016?” he asked.

Recall that Justices whose houses were raided by the DSS and EFCC in search of phantom incriminating evidence in 2016 include Sylvester Ngwuta and John Okoro of the Supreme Court and Adeniyi Ademola, and Nnamdi Dimgba of the Federal High Court in Abuja.

Others include a judge of the Kano High Court, Kabiru Auta, Chief Judge of Enugu State, A. I. Umezulike and Gombe State judge, Muazu Pindiga.

The residences of Justice Samia of the Sokoto state High Court and Justice Mohammed Liman in Port Harcourt were also raided.

He said it is curious that both Malami, EFCC and DSS have denied complicity in the recent target witch-hunt against Justice Odili, while the police whose operatives carried out the action have refused to either deny or own up to their nefarious misadventure.

He wondered why Malami and has continued his devious mission of “selective targeting” of Southerners in the top echelon of the judiciary.

It was Justice Onnoghen yesterday, today it is Justice Odili, who is the next judicial officer that will fall to Malami’s hammer of politically motivated impunity.

He insisted that Malami must be held accountable for the current invasion and any future harm against Justice Odili, “who the hawks in the Buhari’s regime are eager to remove from office to prevent her from succeeding the incumbent CJN, Justice Tanko Muhammad simply because of her geopolitical linage.

“They have a clandestine motive to remove the fearless jurist because she is the next in line to succeed the incumbent CJN. It is a strategy to remove her on time ahead of the 2023 general elections knowing fully well that she cannot be bought of pocketed by the APC’s regime,” Frank declared.

He called on the International Community to restrain Malami from attending or participating in any international fora on judiciary and legal matters over his attempt to subjugate and ultimately destroy the Nigerian judiciary.

He also called on the Secretary of Justice of the United States and the U.S. Government to place a visa ban on Malami over his continuous attacks against judicial officers and judiciary in Nigeria in order to pacify, weaken and escalate them ahead of APC’s planned rigging of the 2023 general elections.

He urged the National Executive of the Nigerian Bar Association (NBA) to be courageous in tackling the danger being posed to the judiciary and judicial officers in Nigeria by Malami through tough punitive measures against him, including his immediate suspension from the Bar.

He also called on the National Assembly to investigate the illegal invasion of Justice Odili’s house, an action he described as a “grave threat” to democracy in Nigeria.