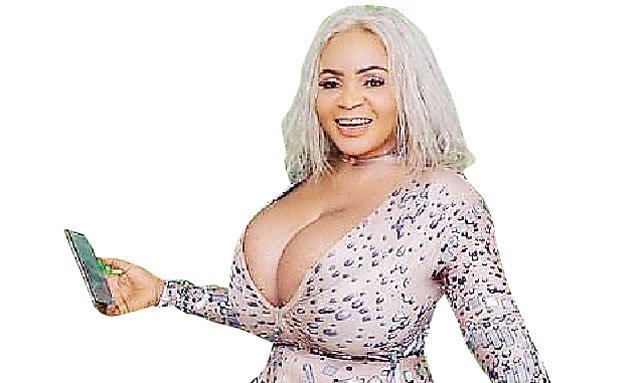 Nollywood Actress, Cossy Orjiakor has reacted to a Google update that was published last week which estimated her wealth to be up to $2 million.

The actress and singer posted the claim by Google on her WhatsApp status with some hilarious emojis to express her disapproval.

“Cossy has an estimated net worth of 2 million dollars as of 2021. This includes her assets, money, and income. Her primary source of income is her career as an actress and singer. Through her various sources of income, Cossy has been able to accumulate good fortune but prefers to lead a modest lifestyle,” so reads the claim.

When Potpourri sought her reaction, the actress laughed it off, saying it is Google that knows where the money is.

“Please, where is the money? Google I need you in my life,” she joked

“My God, I don’t have that kind of money. But by God’s grace, I claim it (Laughing)

Of course, Google doesn’t dig up stuff about people, they only report what has been reported in cyberspace and it does appear they have been a victim of some trigger-happy blogger.