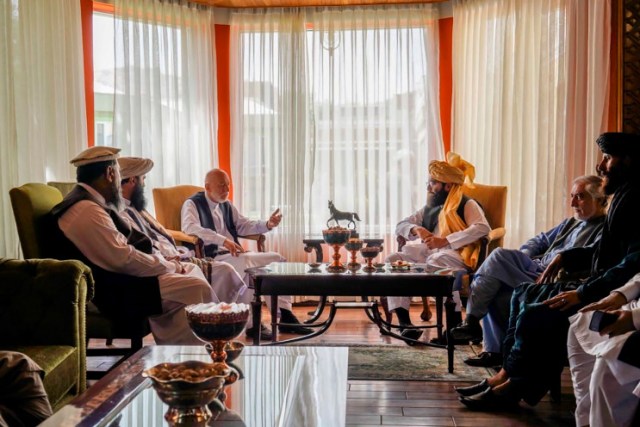 The Taliban have begged to address world leaders at the United Nations General Assembly this week in New York City.

A UN committee will rule on the request but it is unlikely to happen during the current session of the body.

The group, which seized control of Afghanistan last month, said the envoy for the ousted government no longer represented the country.

The request to participate in the high-level debate is being considered by a credentials committee, whose nine members include the US, China and Russia, according to a UN spokesperson.

But they are unlikely to meet before the end of the General Assembly session next Monday. Until then, under UN rules, Ghulam Isaczai will remain Afghanistan’s ambassador to the global body.

He is expected to make a speech on the final day. However the Taliban said his mission “no longer represents Afghanistan”.