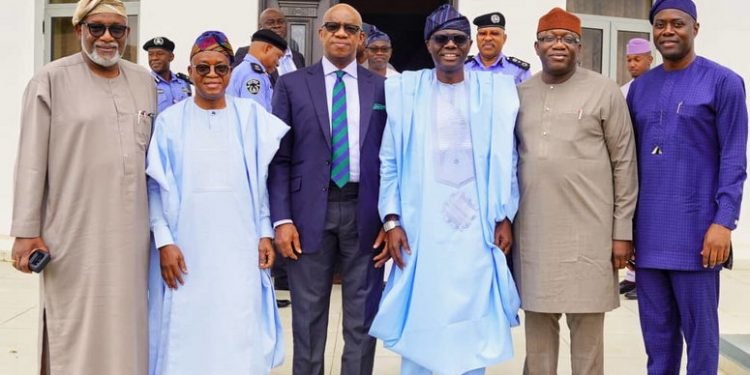 Olasupo Ojo, the Coordinating counsel for Yoruba Nation agitator, Sunday Igboho, has said that some governorâ€™s in South-West are scared to make their positions known on Igbohoâ€™s arrest and detention.

Ojo, in an interview duringÂ  Online programme, Roundtable, on Wednesday, said many of the governors are under restrictions and limitations.

For instance, he said that the governors are not totally incharge of security in their states despite being addressed as the Chief Security Officer.

He further illustrated that they do not have control over the Commissioners of Police in their states.

However, he cautioned the governors against opposing Yoruba Nation, saying that those of them who fail to support self-determination would regret.

He said, â€œI should commend Lagos State Governor Babajide Sanwo-Olu for saying something. Many of the governors donâ€™t know the value of the position they are holding. When people are clamouring and you pretend as if you donâ€™t know, then something is wrong. A governor who deafens his ears to the clamour of his people will have themselves to blame.

â€œThey have not come out openly, they have their fears. They are under bondage. I pity the governors. They are in chains. â€œ

He lamented that Buhari supported the self-determination of Palestine but ordered the arrest of Yoruba Nation agitators.

The lawyer said, â€œIncidentally, it is on record that General Buhari also clamoured for self-determination of the northern people in the past. It is also on record that he is advocating for the self-determination of Palestine. He is not opposed to those, but when it comes to the Yoruba Nation, you say unity is non-negotiable. Is it everything that is non-negotiable in life? You cannot force two people to remain together.â€

While speaking at the United Nations Summit on Sustainable Development Knowledge Platform in September 2015, in New York, the president had urged the United Nations to grant the State of Palestine self-determination to make it a recognised sovereign nation.