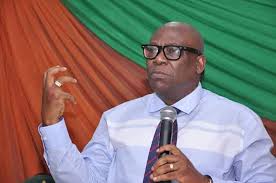 Veteran journalist and lawyer, Richard Akinola, on Saturday, faulted activist lawyer, Femi Falana’s remark that the Nigerian Bar Association, NBA, should discipline all lawyers in the President Muhammadu Buhari administration over the saga involving operatives of the Department of State Services, DSS, and Omoyele Sowore, convener of RevolutionNow Movement.

Akinola stated that Falana was indicting the Vice President, Yemi Osinbajo and other lawyers in Buhari’s cabinet.

Following the invasion of the courtroom, the trial judge, Justice Ijeoma Ojukwu adjourned the matter till February 11, 12 and 13 for definite hearing.

Reacting to the saga, Falana had asked the Nigerian Bar Association, NBA, to sanction lawyers in Buhari’s cabinet over their silence on the matter.

However, Akinola in a statement said, “With the greatest respect to my good friend, Femi Falana, SAN, l beg to disagree with him in respect of his statement in respect of the Vice president on the Sowore saga.

“Falana was indicting the Vice President and other Learned Silks in the cabinet for not speaking up on the saga.

“It’s necessary to put things in proper perspective. There is only ONE presidency. By my understanding, the VP cannot be issuing statements on an issue when there is a sitting president.

“Recall that when Osinbajo was acting as president and similar incident happened at the National Assembly, he took action. The invasion of NASS started at about 7am and by 10.30 am, Lawal Daura had been fired as the DG of DSS.