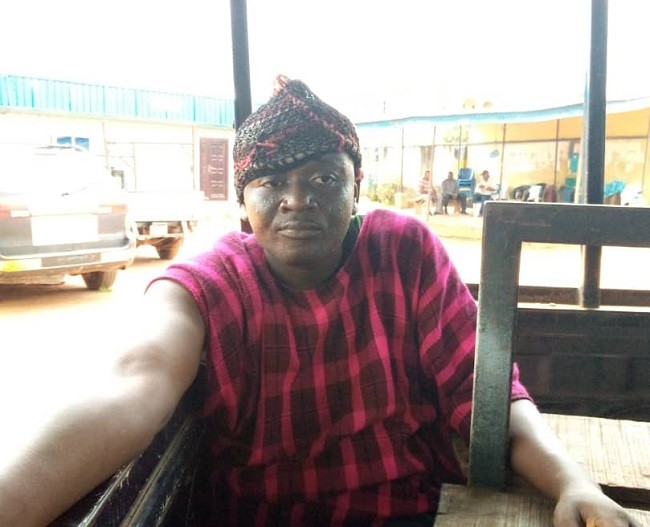 The Anambra State Police Command has arrested a suspected gunman for attacking a Police patrol team in Eke-Awka Market, Awka, Anambra State, on Monday.A source who begged not to be mentioned said that the suspect, on sighting the police patrol vehicle, brought out his cutlass and other dangerous weapons and started chasing the police officers with a loud shout, “go back home, today is IPOB sit-at-home in Biafra Land, go home and observe the day.”

It was gathered that the every Monday sit-at-home order by the Indigenous People of Biafra (IPOB) to pressurise the Nigerian Government to release their leader, Mazi Nnamdi Kanu, from DSS detention, has become part of the South-East economic arrangement for residents in the zone.

Speaking further, the source said the suspect seemed to be mentally challenged.

He said the man was seen standing with a group of people suspected to be gunmen along with the popular market.

He said the Command arrested one suspect at Eke aawka, who attacked a police convoy on patrol.

The patrol is part of the strategy the Command is using to reclaim the public space and boost confidence among Ndi Anambra and residents alike.

The PPRO assured residents that the attack would not stop the gallant officers from monitoring the situation to restore residents confidence in the state.

Our Correspondent also gathered that they were shootings in some areas like Amowbia, Abagana, Umoukpou, all in Awka South-South Local Government Area of the State.

It was also gathered that all banks, markets, shopping malls, petrol stations, inter-state transport stations or parks were all under lock and key in Awka, Onitsha and Nnewi respectively.

A Driver working with Eastern Mass Transit, in Awka, who gave his name as Uncle Iyke, said the site at-home saga would “continue until Nnamdi Kanu is released. And I strongly believe, once he releases the rubbish will stop”.

Iyke, appealed to governors in the South-East region and other concerned groups and individuals to do something fast to save the region from economic collapse.