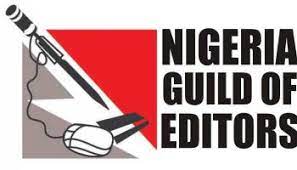 The Presidency has denied having hands in the anti-media bills before the National Assembly, which some senior journalists and members of the House of Representatives kicked against, Wednesday.

One of the bills is the Nigeria Press Council, NPC, Amendment Bill seeking control of the Nigerian media by the Federal Ministry of Information.

The piece of legislation, currently before the House of Representatives, sponsored by chairman, House Committee on Information, Segun Odebunmi (PDP, Oyo State), has also generated a lot of opposition from civil society.

The Presidency said it has no hand in the proposed anti-media legislation.

Briefing State House correspondents at the end of the Federal Executive Council, FEC, presided over by President Muhammadu Buhari at the First Ladyâ€™s Conference Room, Presidential Villa, Abuja, Special Adviser to the President on Media and Publicity, Chief Femi Adesina, said the initiative is a government thing that only the Minister of Information and Culture, Alhaji Lai Mohammed, could address.

Asked to comment on the issue, he said: â€œThat is not strictly a Presidency thing because the President has nothing to do with that. Itâ€™s a government thing and itâ€™s the Minister that can talk about it.â€

The Presidential spokesman also said that the Attorney-General of the Federation is studying the ruling of the ECOWAS Court to the effect that Twitter users cannot be arrested or prosecuted, following suspension of the activities of the micro-blogging site in the country.

He said the AGF will advise the Federal Government on the next steps to take.

Adesina affirmed that the committee made up of ministers to engage with Twitter had begun to meet.

His words: â€œThe Attorney-General of the Federation is going to study that report and then heâ€™ll advise government on the way forward. The committee set up by the President to engage with Twitter is actually holding a meeting about now, or it will hold a meeting this afternoon (Wednesday) towards engaging with Twitter.â€

In separate interviews with Vanguard, former President of the Nigerian Guild of Editors, Mr. Gbenga Adefaye; members of the House of Representatives, Abiante Awaji-Inombek (PDP, Rivers) and Nicholas Ossai (PDP, Delta), opposed the NPC amendment bill, describing it as a punitive and oppressive act that stifles free speech and press freedom.

Editor-in-Chief of Leadership Newspapers, Mr. Azu Ishiekwene, also kicked against the NPC amendment bill as well as the National Broadcasting Commission, NBC, amendment bill, warning that â€œmuzzling the media under any guise is playing with fire.â€

The Nigerian Guild of Editors, NGE, had on Tuesday, described the bills as draconian and anti- free press, and also warned that the media, which serve as the oxygen of democracy, will be strangulated if the bills were passed into law.

The outrage came as The Presidency said it has no hand in the ongoing attempts at the National Assembly to amend the NPC and NBC Acts.

The NPC amendment bill seeks to amend Section 3 of the principal act to empower the council to regulate the print media and related media houses; ensure truthful, genuine and quality services by print media houses and media practitioners;

And with the approval of the Minister in charge of Information, establish and disseminate a national Press Code and standards to guide conduct of print media, related media houses and media practitioners.

Other amendments include empowering the NPC to approve penalties and fines against violations of the Press Code by print media houses and media practitioners, including revocation of licence;

Monitor activities of the press, media and other related houses to ensure compliance with the National Press Code for professional and ethical conduct, including the Nigerian Union of Journalists.

â€œThe Press Council Amendment Bill is authoritarian in nature, and not acceptable in a democracy. The Press cannot be gagged by anybody. They should be allowed to operate freely. That is my take on it,â€ Ossai said.

Awaji-Inombek also aligned with his colleague, vowing to tear the down the proposal when presented before the House for consideration on resumption.

â€œI want to reserve my views on the bill till they bring it to the floor for debate. But obviously, I am against the bill. I cannot be in support of a bill that intends to gag the press,â€ he submitted.

Speaking on the NPC amendment bill, Adefaye said: â€œThe Nigerian Press Council Act is a law that is being challenged in the court by the Newspapers Proprietors Association of Nigeria, NPAN. The case is at the Supreme Court.

â€œNewspapers are registered under the Companies and Allied Matters Act, CAMA. So they operate like other businesses.

â€œThe act still has to register businesses that have been registered under CAMA; the act set out to register journalists and prescribe qualification.

â€œThe act has nothing to do with us because it is a professional calling and the journalists have to do that. It is a punitive and an oppressive act.

â€œIt stifles free speech, and press freedom because the act empowers the minister of information who may not necessarily understand the way media businesses run.

â€œOur experience in Nigeria, even during the military era and till now is that our ministers of information are always obsessed to control the way we think. They define responsibility within regime success than the survival of the country.

â€œThey appropriate to themselves the authority to interprete who is patriotic or not. It has been revealed that in most cases, they are the least patriotic.

â€œThe current attempt and amendment is worse than what we have had. It strives to create a monster of a minister. So if the minister doesnâ€™t like your face, he can destroy your business. He can de-list you, he can cause you to be sent to jail.

â€œNot withstanding that we have laws of defamation, we have libel, and lots of ugly anti-press laws that are in the books that should be removed in a democracy. But because we are dealing with people with bunker mentality, that is why we are where we are!

â€œI have been saying it to people that we should call out Lai Mohammed. We can see voice of Jacob and the hands of Esau. We should call him out; that free-press is an important element of democracy.

â€œThey already have the broadcast media in their grip, they want to choke them with NBC code.

â€œWhen press freedom is defined in Nigeria, generally, it is defined within the ambit of the private print press. That is what they want to seize and destroy. They want to take us back to what is called the â€œChina modelâ€ in the military regime.

â€œIt is evil, it is reprehensible and should be fought, we should call them out individually and let them know that this country is greater than them and that they should just back-off.â€

Adefaye urged the media and civil society to come together and work as a team against â€œthis evilâ€ because â€œthese people are trying to do damage to media business, to free speech, and free press. Many of them were bystanders in the struggle to have democracy in this country.

â€œSo, the media should not go to sleep, they should shout and let them know that if they should go about committing this evil, they will face civil disobedience because nobody will respect that law.â€

Indeed, the Nigeria Press Organisation, NPO, had last week, asked the House of Representatives Committee on Information, National Orientation, Ethics and Values to step down the bill seeking amendment to the Nigeria Press Council (NPC) establishment Act over a pending court litigation.

Editor-in-Chief of Leadership Newspapers, and representative of the organisation, Mr. Azu Ishiekwene, while speaking before the committee last Thursday, recalled that in 2010, the NPO got a court ruling that 17 of 39 clauses in the Press Freedom Bill are unconstitutional, a decision the Federal Government appealed and got a ruling in its favour in December 2015, but noted that the said ruling was again appealed by NPO and is still pending in the Supreme Court.

â€œThe matter that is under consideration now is before the Supreme Court. In 2010, the NPO which is the umbrella organisation for the Newspapers Proprietors Association of Nigeria, NPAN, the Nigerian Guild of Editors, NGE, and the Nigerian Union of Journalists, NUJ â€” these are the constituents part of the NPO.

â€œIt is a matter that has been pending in court since 1999 but the first decisive ruling in the matter came in 2010 when the high court ruled that 17 out of the 39 clauses in the bill are unconstitutional.

â€The Federal Government appealed and got a ruling in December 2010. That ruling was again appealed by the NPO and it is pending in the Supreme Court,â€ he noted, saying for that reason, the bill should be stepped down.

Responding, chairman of the committee, Rep Odebunmi, said: â€œNo court will stop us from passing the bill. We have the mandate of the National Assembly and the Nigerian people.â€

In its submissions, the Nigerian Press Council, through its Executive Secretary, Mr. Francis Nwosu, admitted that there had been an existing litigation over certain provisions in the law.

He opined that certain proposals in the amendment bill will ensure quality control.

On the preparation of code of ethics for practitioners, the NPC said there is need for stakeholders to be involved and fully carried along to ensure wide acceptability.

â€œThe power to appoint should be bequeathed to the Council,â€ Nwosu stated.

The NPC said its existence is not only desirable as it serves as an efficient and inexpensive forum for hearing complaints, and in addition, â€œas alternative dispute resolution (ADR) mechanism that helps in reducing the barrage of litigation that otherwise would clog the courts.â€

Meanwhile, as Nigerians rise against the amendments being proposed to the NPC and NBC Acts, it has emerged that the sponsor of the two draconian bills, Olusegun Odebunmi, has neither media knowledge nor industry experience.

Odebunmi has never gone to any journalism school or practiced as a media person, according to his profile sighted by Vanguard.

The profile indicates that Odebunmi, who is popularly known as Bunvic, studied Secretarial Administration at the Federal Polytechnic, Ede, Osun State and came out with an Ordinary Diploma before enrolling at the University of Ado-Ekiti for a Bachelor of Science degree in Business Education.

Before delving into politics, Odebunmi, who was born to the family of Pa & Late Madam Odebunmi of Olokoseâ€™s Compound, Isale Ejigbo in Oko, Surulere Local Government, Oyo State, was into distribution and marketing of petroleum products and farming.

He first won election into the House of Representatives in 2011 and was re-elected in 2015, 2019 and has continued to wax strong in the political affairs of his state, turning his attention rather curiously from his secretarial administration and teaching to the regulation of the Nigerian media, an area he has zero experience or competence in.

Odebunmi is responsible for the series of amendments sought to change the NPO and NBC bills, which media operatives and editors have slammed as being anti-media and meant to stifle them.

A peep into the bills showed that the sponsors surrendered the little independence being enjoyed at the moment to the government, which he wants to decide what constitutes â€˜the truthâ€™ in newspaper publication and punish those who deviate from the norm set by the Act.

Similarly, Odebunmi wants the government to exert stricter control on the broadcast industry by making the President and the Information Minister the determinants of who is appointed into the board of the NBC to ensure more efficiency, something the Nigerian Guild of Editors, describes as capable of killing the industry.