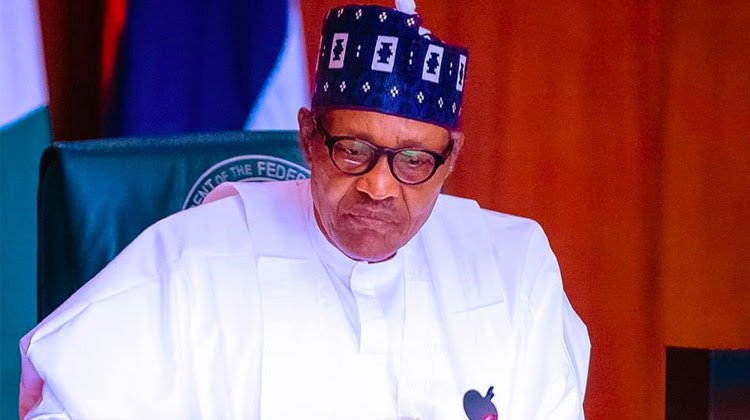 Senator Anthony Adefuye, a delegate to the 2014 National Conference is a chieftain of the All Progressives Congress (APC) and a member of Lagos Governorâ€™s Advisory Council (GAC). In this interview with TEMIDAYO AKINSUYI, he speaks on latest developments in the country, especially the controversy over zoning ahead of the 2023 general elections. Excerpts:

As a delegate to the 2014 national conference, some Nigerians are calling on the Federal Government to implement the report of the confab as a way of addressing the myriads of problems confronting Nigeria today. Do you also share that view?

If the present National Assembly can access the conference report and dialogue on it, it will solve most of Nigeriaâ€™s problem. If you look at that conference, most decisions were unanimous. I am not saying everything that is within there should be implemented. But I am very sure that 99 percent of the things there, if implemented will make Nigeria a better place to be.

President Buhari has listened to the demands of Nigerians by replacing Service Chiefs but the insecurity challenges in the country still persisted. How best do you think this can be handled?

On the issue of insecurity in the country, we all know that it is some people that are behind it. There is no doubt about it. I know that in the North-East, weâ€™ve always had this insecurity challenges there and it is only during this time of Buhari that they have tackled it effectively. Even when former president Goodluck Jonathan was there, he did not do anything about all these challenges and that was when Boko Haram captured almost six local governments which they kept under their control. Now they have been driven back by our security forces and they are not holding any local government. Yet, people are still complaining. Those who are complaining when the government is dealing with these insurgents are the ones behind all these but God will judge them.

The tenure of the National Caretaker committee of the APC was recently extended indefinitely and no date has been fixed for the partyâ€™s national convention. Are you worried about that development?

This party, APC was a merger of many political parties and the National Caretaker Committee is also a merger of many people in the party. What we are trying to do now is to unite the party and make it one. After that, we will select those who are really fit to be in the national executive. I know a lot of people are reading meanings into it but I always read good meanings into many changes that is happening now. Definitely, when you want to do a national convention, it is a struggle for the jugular of the party and people will come out with one story or another. But I also know that at the end of the day, we are going to share those positions into states, not to individuals. After sharing the available positions into states, the states will then nominate who they want to occupy. That is the way it is done and that is the way it should always be. So, I donâ€™t want any people to read any meaning into activities of the National Caretaker Committee. I believe something good will come out of it.

You took active part in the formation of APC, is there any agreement between the North and South on zoning?

In party politics, there is usually no written agreement. But there is a known agreement in APC that the North will rule for two terms of eight years, after that it will be the turn of the South. So, if Buhari had spent two terms, that is for the North, it will now come back to the South in 2023. The South will also spend their two terms. That is the unwritten agreement that we all know. So, it is the turn of the South this time. So, whoever is thinking that it is the North and is ambitious to become the President in 2023 is daydreaming and wants to break Nigeria

Are you aware if President Buhari and Tinubu had an agreement on handing over?

If God says it is Asiwaju Bola Tinubu who will be our president in 2023, by the grace of God, so shall it be. He is qualified to be President. We all know many of the wonderful things that this man has done for Nigeria. I pray that may God give him good health so that he will be our president come 2023. Those saying Asiwaju will not get the support of northerners are wrong because the man is even more popular and has many supporters in the North than in the South. He is the most influential politician in Nigeria today. Even his northern friends have more access to him than those of us in the South here. As far as I am concerned, in Nigeria today, it is either people vote by conscience or by ethnicity. Donâ€™t also forget, quite a lot of Yoruba today are in the North, Kogi, Kwara, Kano and other parts of the North. Even in Benue, some Yoruba are there, just like the Igbo. So, Asiwajuâ€™s popularity goes beyond the Southern part of the country and I believe Nigerians will support him overwhelmingly if he decides to run.

The Peoples Democratic Party (PDP) few days ago said President Buhari is working towards getting a third term in office. What is your reaction to that?

President Buhari is someone I know who has been a military president before and now he is a democratic president. He wants to show the world that he is truly democratic. We all should give it to him. Let me tell you one thing, President Buhari is the best president Nigeria has ever had. No matter what people say about hi, he still remains the best in the history of this country. Some people are saying (Olusegun) Obasanjo. Which Obasanjo? Obasanjo , Obasanjo nii. When Obasanjo was president , the price of crude oil was $140 per barrel, he did not build a single rail in the South-West. So, what are they talking about? He didnâ€™t do anything in the South-West. He didnâ€™t even build the road that leads to Ota.

He seized the allocation of Lagos for almost two years. Even the Lagos-Ibadan expressway he didnâ€™t do anything about it. It is Buhari that is ensuring that the road is rehabilitated now. It is Buhari that is building the Second Niger Bridge. It is Buhari that is building rail lines and trying to bring our airlines back. All these were killed during Obasanjoâ€™s regime. During Obasanjoâ€™s regime, we sold all the national assets to private individuals. So, what are these people talking about? Buhari is one man who has spent Nigeriaâ€™s money for Nigeria. Let us be factual, Buhari is still the best president we have ever had. People are saying he is Fulani. What is wrong if a Fulani is giving you what you need? I think we are just deceiving ourselves. Now that the president is trying to be as civil as possible, some people are trying to anger him. I pray they donâ€™t see the anger of Buhari. That he is trying to be democratic doesnâ€™t mean he is a fool. He is not a fool at all.