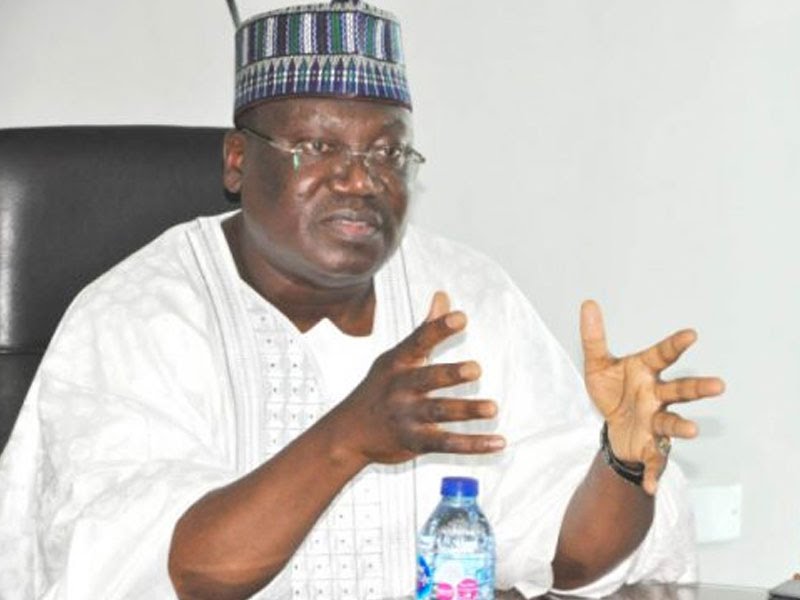 The upper chamber during a clause-by-clause consideration of the bill approved electronic transmission of results during elections, provided that such areas are adjudged by the National Communications Commission to be adequately covered under its national coverage and approved by the National Assembly.

The approval came following an amendment to Clause 52(3) by Senator Aliyu Sabi Abdullahi (APC, Niger North) during consideration of a report by the Committee on Independent National Electoral Commission (INEC).

The Committee in its recommendation initially prescribed that, â€œThe Commission (INEC) may transmit results of elections by electronic means where and when practicable.â€

This, however, was amended by the Deputy Whip, Senator Sabi Abdullahi to read, â€œThe Commission may consider electronic transmission of results, provided the national coverage is adjudged to be adequate and secure by the National Communications Commission (NCC) and approved by the National Assembly.â€

Senators Sabi Abdullahi and Ali Ndume argued that the blanket recommendation by the Committee for electronic transmission of results in all parts of the country would deprive some Nigerians resident in areas with weak or without network coverage from participating in the electoral process.

According to the lawmakers, in order to ensure fairness and inclusiveness for the electorates, particularly in rural areas, an all inclusive provision must be accommodated in the Electoral Act to protect their participation and votes during elections.

Sabi Abdullahiâ€™s amendment received a favorable ruling by the Senate President, Ahmad Lawan, when subjected to a voice vote.

However, lawmakers such as Enyinnaya Abaribe, Thompson Sekibo and Albert Bassey Akpan, who belong to the opposition Peoplesâ€™ Democratic Party (PDP) disagreed with Senators Sabi Abdullahi and Ndume, insisting that the previous recommendation be retained.

Basseyâ€™s counter amendment, which insisted for retention of the Committeeâ€™s recommendation as captured in clause 52 sub-clause 3, nevertheless suffered rejection when put to a voice vote by the Senate President.

Apparently determined to have their way, the Minority Leader, Enyinnaya Abaribe, while citing order 73 of the Senate Rule, called for a division.

In a bid to avert going down the path of a division, the Senate Leader, Yahaya Abdullahi (APC, Kebbi North) prevailed on his colleagues in the PDP rescind of their earlier call.

A defiant Abaribe refused all entreaties for him to withdraw the point of order, despite attempts by his colleagues to sway members of the minority party during a closed session that followed and lasted almost 20 minutes.

Rising from the closed session, Abaribe demanded that the contentious clause be revisited despite a couple of further appeal by the Senate President for the upper chamber to continue with the consideration of the report.

Sensing the Minority Leaderâ€™s refusal to shift grounds, the Senate President in an unexpected move took Abaribe by surprise and approved the request for division amidst called for voting on the amendment put forward by Senator Bassey.

The other 28 Senators that make up the 108 in the upper chamber, excluding the Senate President, were absent during plenary.

After the passage of the Electoral Act Amendment Bill, the Senate President, in his remarks said, â€œWe have achieved what we have set for ourselves because of our commitment.

â€œWe would all recall that at the beginning of the Ninth Senate, we resolved to have a legislative agenda.

â€œ[And] in out legislative agenda, the Petroleum Industry Bill and amendment of the Electoral Act 2010, are pillars of what we have set for ourselves to do.

â€œToday, we have achieved those two issues.

â€œSecondly, the Electoral Act amendment, we have gone through a serious and probably torturous process to reach where we have by passing it.

â€œThere was no victor, no vanquished in this affair. Everyone did what he or she did for the full commitment and realization that what we want is one and the same thing, but the path we have taken are different.

â€œThis has come to settle the issue of what INEC can do and what INEC cannot. We have given INEC an electoral Act amended to enhance its performance.â€

The Senate after the passage of the bill, adopted the Votes and Proceedings and adjourned till 14th of September, 2021 for its annual recess.