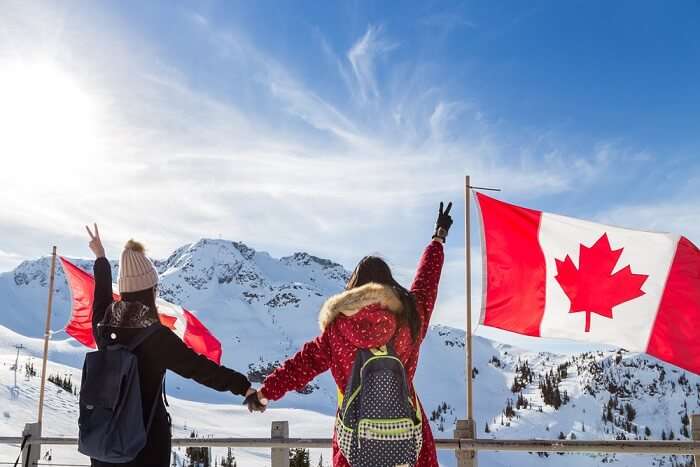 About 18,438 Nigerians received Invitation To Apply (ITA) for Canadian permanent residency (PR) between 2018 and 2020, representing the third most common countries on the list who received the invitation.

This is contained in the Express Entry annual report for 2020, released by the Immigration, Refugees and Citizenship Canada (IRCC).

According to the report, Nigeria accounted for 6.5% of the total people invited in the review period, ranking third behind India and China. A further breakdown of the report shows that 6,907 of the Nigerians who received the invitations were women while 4,735 were men..

During the 3 years period under review, 931,487 people all around the world including Nigerians submitted applications to the Express Entry pool, from which 71% (661,443) were eligible, while 29% (270,487), were ineligible. This indicates the tenacity of people across the globe to make Canada their new home.

In this vein, Canada broke its all-time immigration record in 2021 by inviting over 401,000 immigrants, representing significant increase compared to the previous year. According to the IRCC, 70% of the immigrants were from within Canada, while about 30% arrived from overseas.

Why Nigerians are going to Canada

Canada has presented itself as a welcoming environment for immigrants in recent years with a series of draws carried out across the country, all in a bid to provide the opportunity for immigrants to become citizens.

From a Nigerian perspective, the quantum of economical and infrastructural challenges facing the country, insecurity, unemployment amongst others is few of the reasons chasing the Nigerian populace and youths especially to other countries in search for greener pastures.

In Q3 2021, Canada recorded an all-time high of 912,600 job vacancies owing to the recovery of the economy and a significant growth in overall employment, a major incentive for Nigerians to choose Canada as a preferred location to settle in.

A report by Africa Polling Institute reveals that weak economy, heightened insecurity and perceived poor governance are some of the key “push factors” driving the upward trend in Nigerians seeking migration opportunities in other countries.

As of December 2021, a total of 1.81 million backlog of applications were still pending with the IRCC (Immigration, Refugees and Citizenship Canada), which is charged with the responsibility of facilitating the arrivals of immigrants in the country.

The 1.81 million backlogs include applications for both permanent residence permits and temporary visas such as work visas and study visas. Since July 2021, the backlog has grown by nearly 350,000 applications. According to the IRCC, this is largely due to the various measures being taken against coronavirus around the world, such as border closures and lockdowns.

The increased movement of Nigerians to Canada and other countries of the world indicates great intellectual flight for the country and could have adverse effects on its development. On the other hand, it could result to improved diaspora remittances for Nigeria, as they would be inclined to send funds to their families still living in the country.