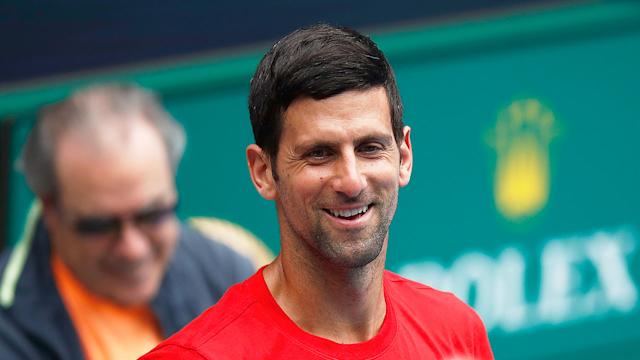 The world No.1 tennis player is set to find out today if he will stay in Australia and play the Australian Open next week or be deported, having previously seen his visa denied upon landing at Melbourne last week.

Djokovic’s lawyers began proceedings at 10am local time on Monday, Jan 10, as they presented their case to Judge Anthony Kelly as to why his visa should not have been denied given he had been granted a medical exemption.

Members of the public were able to tune into the court hearing online via a link but it seems the servers couldn’t cope with the number of people logging into the live feed as it crashed several times.

By 10.45am the public could finally tune into the proceedings but it disappeared momentarily again come mid-day.

At the start of the proceedings, an old link to broadcast over Microsoft Teams was hijacked with pornographic pictures and techno music before an alternative livestream set up by Federal Court staff crashed when the world’s media tried to log in.

Also, some people who could access the hearing posted unauthorised links on YouTube, which made it difficult to determine whether streams of the hearing were in fact live.

A court spokesman said IT staff were trying to rectify the technical problems throughout.

At one point a random user also joined with a voice interrupting to say “we’re in” as Judge Kelly paused and made clear it was important only people who had microphones on were those making submissions to the court. 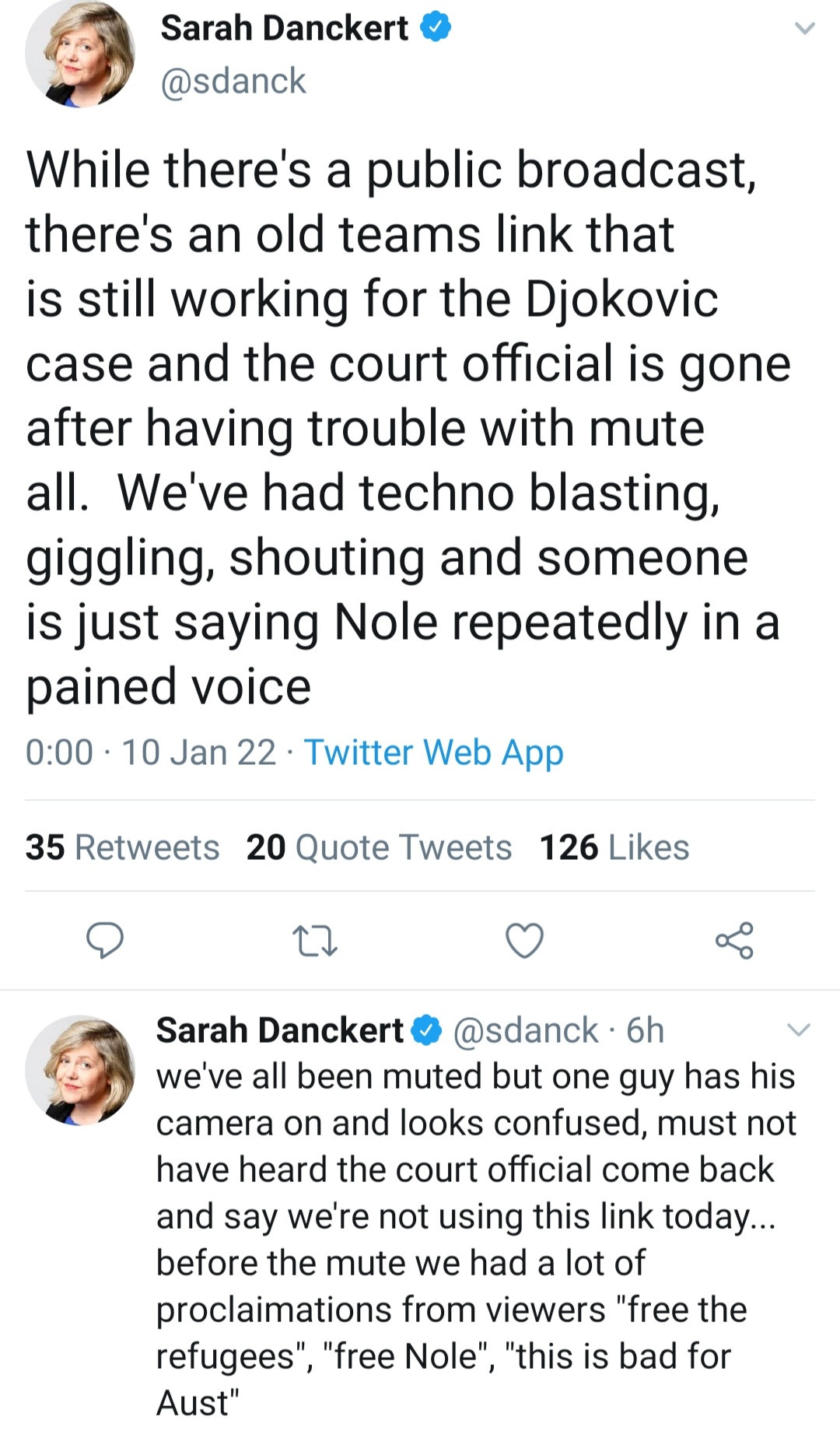 Journalist Sarah Danckert described how a court official in charge of hosting the link had trouble keeping up with muting those joining the broadcast which led to random members of the public essentially doing as they please.

The morning session saw Djokovic’s lawyers argue he’d met the criteria set by Australia’s advisory board on immunisation after being granted a medical exemption by Tennis Australia, and also provided Border Force officials with evidence of the exemption.

Judge Kelly acknowledged the steps Djokovic took, saying: “The point I’m somewhat agitated about is what more could this man have done?”

The afternoon hearing will see the government argue the visa cancellation was valid and that a recent case of Covid-19, which Djokovic contracted on December 16, didn’t constitute a reason not to be vaccinated.

Djokovic hasn’t publicly revealed his vaccination status but players must be vaccinated to play in the Australian Open.