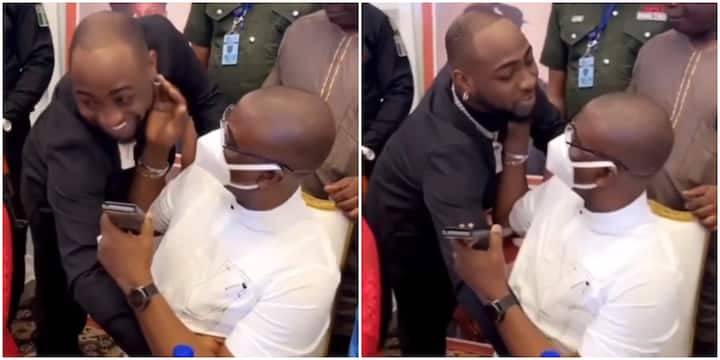 Davido who showed up to support the actress that’s like a sister to him, left a good impression on guests at the party when he gifted Fuji legend, KWAM 1 N2 million cash

In a video making the rounds online, the celebrant was seen with KWAM 1 on stage, and he sang her praises as she sprayed money on him

After a while, Davido climbed the stage carrying bundles of money reportedly totaling N2m and handed it over to one of KWAM 1’s boys.

KWAM 1 then proceeded to sing Davido’s praise, bringing the singer back on stage, and as Eniola sprayed him, he held her in a tight embrace