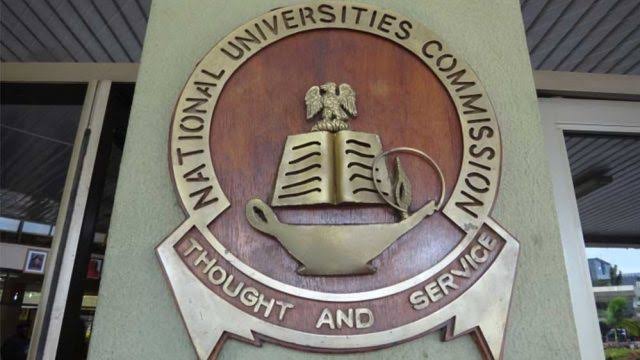 TheÂ National Universities CommissionÂ (NUC) has directed Vice-Chancellors of Universities in Nigeria to finalize resumption plans in line with COVID-19 compliance guidelines.
The directive was contained in a statement on Tuesday by the NUC signed by its Director (Directorate of the Executive Secretaryâ€™s Office), Chris Maiyaki and made available to newsmen in Abuja.

It noted that the fresh directive is in line with observed general reduction in cases of coronavirus infection in the country and urged the VCs to conclude plans on safe reopening of schools in line with existing guidelines.
The statement reads, â€œFollowing the recent press briefing by the Presidential Task Force Team on COVID – 19, to the effect that significant decline in the reproduction number (R-value) for COVID â€“ 19 has been recorded in the country, the Federal Ministry of Education has accepted the request of the National Universities Commission for Universities to firm up arrangement towards the immediate resumption of academic activities.

â€œUniversities should expect inspection visits from staffs of the commission and the Ministry of Education for on-the-spot inspections of physical facilities such as the lecture theatres, accommodation, healthcare facilities.
Meanwhile,Â Naija NewsÂ recalls theÂ Academic Staff Union of UniversitiesÂ (ASUU) has noted that its members will not return to classes until the Federal Government honours the agreement it struck with the union.
The National President of ASUU, Prof. Biodun Ogunyemi, stated this while speaking at a town hall meeting at the African Hall, the University of Ilorin last week.

Ogunyemi inÂ the statementÂ noted that the agreement must be honoured, before the federal government makes any announcement on reopening of universities.
He further stated that the union would reveal its next agenda, if the government refuses to negotiate the 2009 agreement signed by both parties.