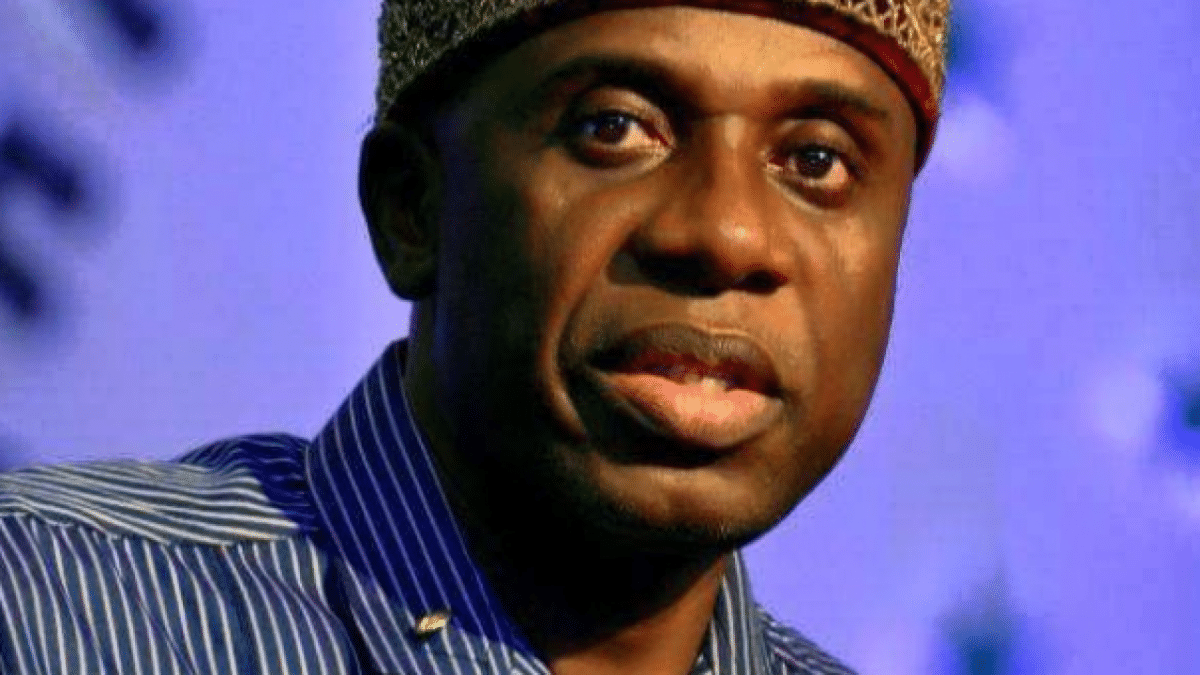 The All Progressives Congress, APC, in Rivers State, has attacked the Minister of Transportation Rotimi Amaechi over his absence at the Southsouth stakeholdersâ€™ meeting with the President Muhammadu Buhariâ€™s delegation.

The party said that the minister was at the Port Harcourt airport to receive the Presidential delegation, escorted them to the Government House and disappeared.

Recall that the Federal Government held a meeting in the Rivers State Government House, Port Harcourt, on Tuesday.

The meeting had in attendance most presidential appointees from the region and elected representatives.

Prof. Ibrahim Gambari, the Chief of Staff to the President, led the presidential delegation comprising ministers from the South-South.

But the absence of Amaechi, a former Governor of Rivers State, drew the ire of the All Progressives Congress (APC) in the State.

The APC said the Transportation Minister cannot justify his absence, which it described as â€œunfortunate.â€

This was contained in a statement by Livingston Wechie, the media adviser to its Caretaker Committee Chairman, Igo Aguma.

The party demanded that Amaechi should tender an apology to the people of Rivers State and his party for his â€œembarrassing action.â€

The statement added, â€œWe condemn the absence of Rotimi Amaechi, the minister of Transportation from the Southsouth Stakeholders meeting with the Presidency which held in Port Harcourt on Tuesday, November 24, 2020.â€

The APC wondered why Amaechi was never part of such a crucial stakeholdersâ€™ meeting that has to do with the Southsouth geopolitical zone.

â€œThe absence of the minister of Transportation, who is supposed to be the minister representing Rivers State in the federal cabinet is most unfortunate as there can be no justification for his non-participation.

â€œThe action of Amaechi is an evidence of the type of divisive and selfish leadership he is giving the APC in the state which is solely aimed at destroying the party at all cost for his personal gain in keeping with his vows,â€ he said.