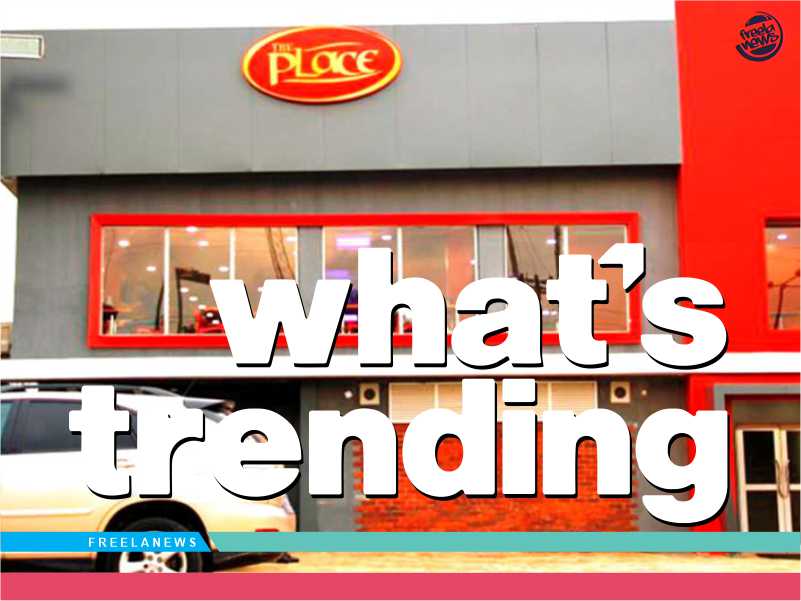 Nigerian internet users have called out one of the country’s favourite fast food joint, ThePlace, over food poisoning.

The outcry started when a post on the popular micro-blogging platform, Twitter, claimed someone died of lung infection as a result of food she bought at ThePlace, Ikeja.

According a lady, Oheema with Twitter handle @fruitynanya, who confirmed the authenticity of story alleged that the deceased was her friend.

“It wasn’t clout. You need to get your information from verified sources. You guys are fast to pounce on someone just like that. No single empathy. She was my friend. 17 yrs and counting. That was a private tweet that got influenced by someone with large followers,” she wrote.

Oheema believed this clarification was necessary when it was mentioned that that the story was false and the alleged deceased was only chasing clout on social media.

In her own account, another lady, Folu (@folufash), claimed herself and her husband were once victims of food poisoning from the same restaurant.

“My husband complaint he felt sick and started purging last week after eating from the place Isaac John Ikeja. I started pooing 5 min after leaving the place . So this is true , it’s indeed food poisoning,” Tolu wrote.

Some believe if there is any truth in the alleged death of the lady, it may be that she had underlying health issues before the incident. But there are section of the social media who believed the tweet that got #ThePlace trending was outright lies.

“Sad story. But highly unlikely that the food poisoning led to the lung infection issue,” one wrote.

Another one wrote,”If they don’t jail or fine these stupid people who call out people ans organisations on social media, we will soon have a crisis on our hand. No medical report, no autopsy, nothing, u just come out and spew rubbish about a brand. And other nitwits will run to town with the story. Something has to be done quickly by Government. These youths who do not have any sense of protocol or workings of organisations should be taught a lesson.”

Dr. Lydia Ajibade, however, said that food poisoning can lead to death in an extreme situation where it is not treated.

“Food poisoning can’t lead to lung infection. But it can cause sudden heart burn if you’ve never experienced it before.

“Another thing is harmful organisms can produce toxins that irritate the lining of your stomach and intestines. This can result in painful inflammation in your stomach, which may cause pain in your abdomen. And if not properly treated, this can cause kidneys to collapse and or eventual death of the patient,” she explained.