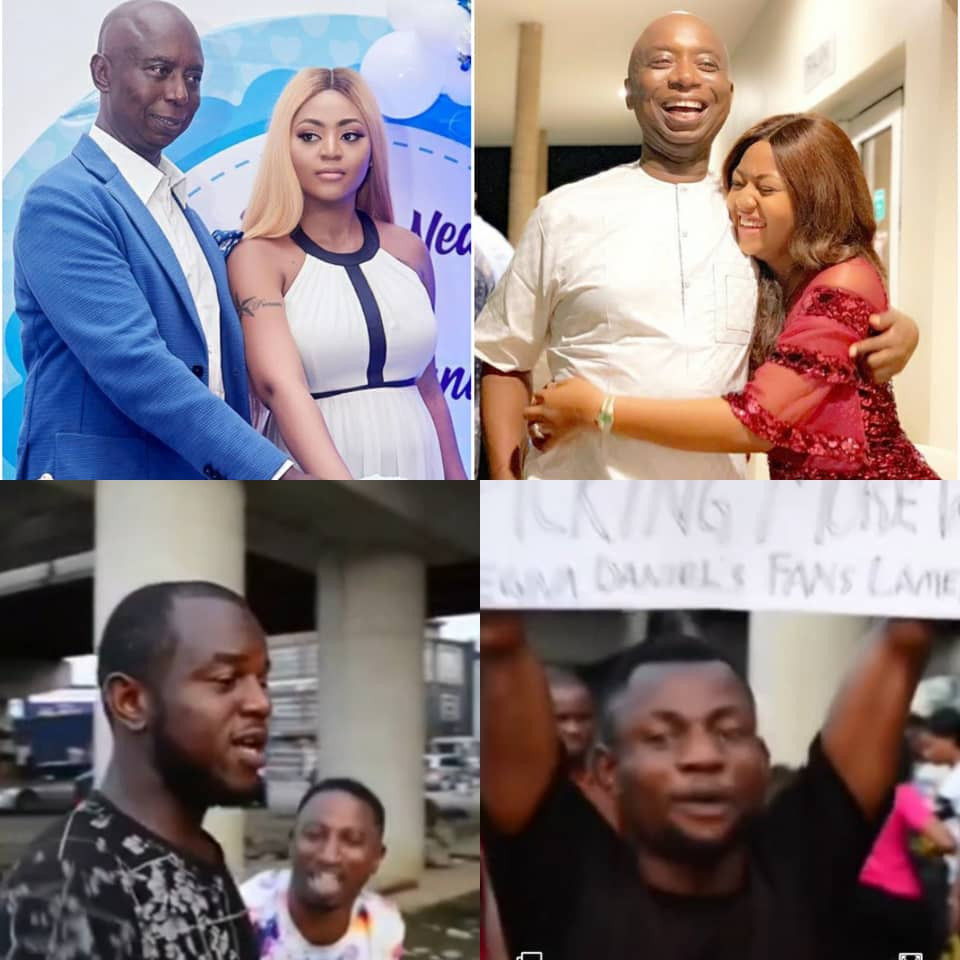 Actress Regina Daniels fans, on Friday, December 4, staged a peaceful protest in Port Harcourt after her husband stated in an interview that he can marry another wife after Regina.

In a fresh interview, Ned said that he got married to Regina within three weeks after they met. He said he doesn’t believe in dating before marriage. The businessman who is also a politician went on to state that Regina knows that he can marry another wife as he is from a polygamous background. Read here.

Well, Regina’s diehard fans went on the streets of Port Harcourt carrying placards as they objected to Nwoko’s comments. According to them, ”Ned Nwoko must not marry another wife after Regina”.

Watch videos from the protest below