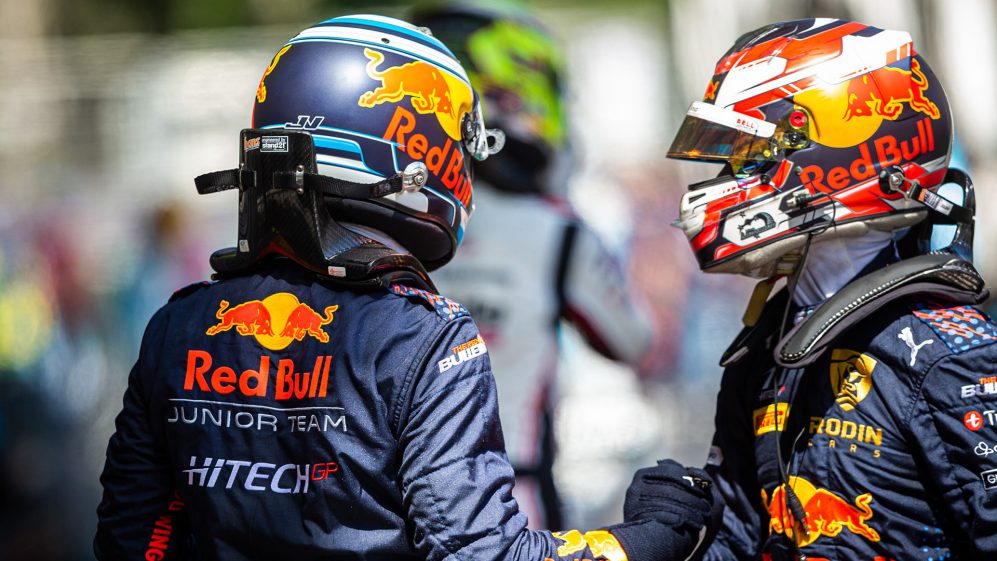 The Red Bull Junior Team have revealed the destinations for their Formula 2 and Formula 3 drivers for the 2022 campaign, including Juri Vips and Liam Lawson, who earn a second year in F2 on the back of testing for Red Bull and AlphaTauri, respectively, at the Formula 1 Young Driver Test in Abu Dhabi.

Estonian Vips will spend a second season in F2 with Hitech Grand Prix. The 21-year-old became the first driver to win twice in a single weekend at Baku last season, ending the year in sixth, with four further podiums to his name.

New Zealander Lawson will switch from Hitech to Carlin, who previously ran AlphaTauri F1 driver Yuki Tsunoda in F2. Lawson won the opening race of 2021 in Bahrain and went on to end his rookie year ninth with two more podiums.

2019 F3 title challenger Jehan Daruvala will remain in F2 for a third season, but leaves Carlin after two years to join reigning champions PREMA, the team who helped Mick Schumacher and Oscar Piastri to titles in 2020 and 2021 respectively. The Indian driver won three times with Carlin, taking seven podiums in total, finishing 12th in his rookie season and seventh in 2021.

Norwegian Dennis Hauger completes an all-Red Bull junior team line-up at PREMA, making the step up on the back of winning F3 with the Italian team.