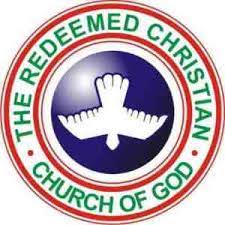 A young man, Martins Onah Monday, is currently being detained at the Ikoyi Police Station on the orders of the Pastor of Trinity Temple, Redeemed Christian Church of God, Ikoyi, Lagos.

The young man and some friends he invited to the church had shared testimonies on March 20, 2022, during the Sunday service.

However, police officers subsequently stormed the church and arrested Martins and his friends.

They were later to learn that they were arrested in connection with a theft that occurred in the church on December 26, 2021.

Kingsley, a brother of Martins siad that the church pastor said he was seeing Martins and his friends for the first time suspected that they had carried out the theft on the said date.

Meanwhile, Kingsley informed that the Onahs lost their father on December 17, 2021, and Martins and one other person had taken the corpse to the village and had remained there for the burial in January 2022.

Martins had returned to Lagos in February 2022 and was at the church on Sunday, March 20 to share a testimony but was arrested and is being remanded in police custody as of the time of filing this report.

Kingsley further narrated that the case was initially transferred to Area F, Police Command, Ikeja but was later transferred back to Ikoyi Police Station for lack of substance.

He said the police had however insisted that only a letter from the church can ensure the release of Martins as he cannot be released on bail — though three of his friends have regained freedom.

Kingsley said, “My brother, Martins Onah went to church and invited his friends as new members in the church. At the church, everybody was giving testimonies, he and his friends did too, he was the last person to share a testimony.

“The allegation is that on December 26, some people robbed the church and took all the instruments, so when my brother and his friends attended on Sunday, March 20, the pastor said he hadn’t seen them before that they were strange faces. Meanwhile, my brother attends the church.

“They’re claiming my brother is part of those who robbed the church on December 26 whereas, on December 17, my dad passed on so this my brother (Martins Onah) and my other brother took my dad’s corpse to the village so he was not even in Lagos at that time.

“I don’t understand the pastor and why he’s insisting he does not know my brother. He does not even have the right to lock my brother up. These people have no evidence that my brother invaded their church, this is defamation of character and abuse of his rights.

“My brother is detained at Ikoyi Police Station. The police had earlier taken them to Ikeja and they said there is no case that they should bring them back and get a letter from the pastor that locked them up so they can be freed. The Pastor refused to give such a letter.

“The police has now released three persons, it’s only my brother and one of his friends that are still there. The police said they cannot release my brother until they bring a letter from the church. I think they released two of them on bail but they just released the other guy.

“Meanwhile, the police had earlier mentioned N20, 000 bail and I was like okay, let me go and bail my brother because he has committed no offence but when I got there, they said my brother cannot be released on bail without a letter from the church.

“Till now, my brother is still in the cell. The confusing part is that the person who locked him up is not showing his face. The church had sent one of their ushers to come to the police station and free the detained persons. The usher came but the police said the letter the usher brought was not the correct one, asking the person to bring another. So, this person who locked up my brother has remained anonymous.” (Source: Sahara Reporters) Continue Reading…

Advertisement
Related Topics:Testimony
Up Next