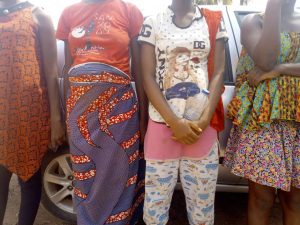 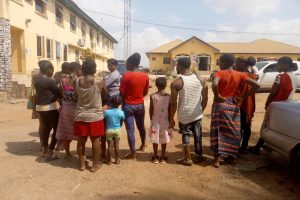 The Police say two suspects and more than ten young girls were rescued from the baby factory with four of them currently pregnant.

According to the Police spokesperson in the state, Abimbola Oyeyemi the baby factory was discovered earlier this year when one of the inmates who escaped from the home reported at Mowe Police Station that she was lured into the home and held captive for a long time by one Florence Ogbonna who was later arrested, charged to court and granted bail.