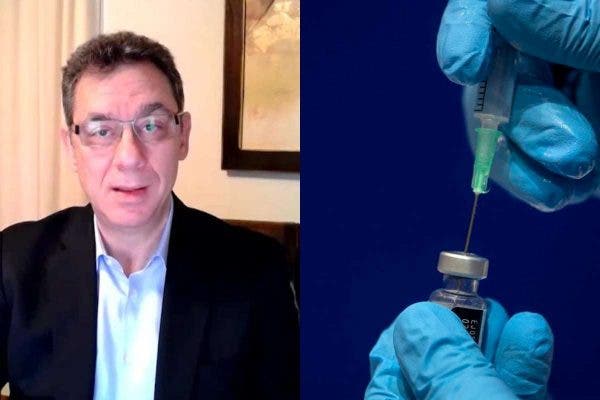 The CEO of Pfizer,Mr. Albert Bourla has explained why he hasnâ€™t taken the COVID-19 vaccine yet, as members of the public get their shots.

Some social media users have been wondering why the CEO was yet to take up the vaccine.

The first people in the US began receiving the vaccine on Monday, December 14, while some have also received it in the UK, after the Food and Drug Administration granted the drug emergency use authorization last week Friday.

Sandra Lindsay, a critical care nurse at Long Island Jewish Medical Center, was administered the vaccine on camera becoming the first in the nation to receive the shot.

According to CEO Bourla, he hasnâ€™t received the vaccine because he doesnâ€™t want to be seen as jumping the line.

â€œI havenâ€™t taken it yet and we are having an ethical committee dealing with the question of who is getting it,â€ Bourla told CNNâ€™s chief medical correspondent Dr. Sanjay Gupta.

Bourla noted that the Centers for Disease Control and Prevention has agreed that front-line health care workers and nursing home residents and staff should be prioritized.

â€œGiven that there are very strict allocation rules that the CDC has voted [on], we are very sensitive not to cut the queue and get vaccinated before,â€ Bourla said.

â€œPeople will believe much more [in the safety of the vaccine] if the CEO gets vaccinated,â€ he added.