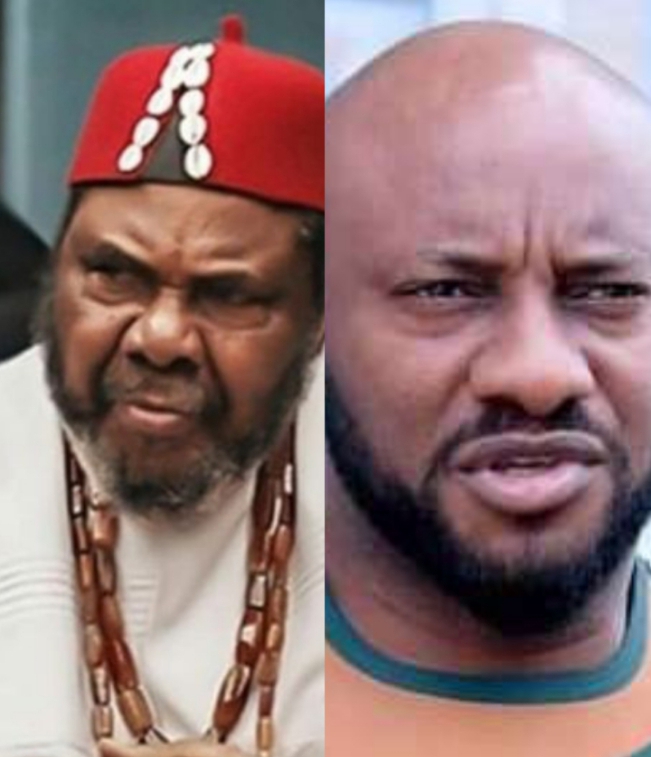 Actress Victoria Inyama while expressing her hurt and disappointment on the Yul Edochie matter decided to post his father’s take.

According to Pete in the old statement which still seems valid, marrying two wives does not confer a manly status on anyone.

He added that getting with another wife simply means that one is ready to suffer and breed confusion among his generation.

“Thank U Sir @peteedochie. This hurts…I am deeply hurt and Embarrassed……..”

Yul Edochie caused a stir on social media when he announced his second marriage to fellow actress, Judy Austin, on Wednesday.

In his announcement, Yul also revealed that he has welcomed a son with his second wife.

Yul’s first wife of 17 years, May, has reacted to the news of her husband’s second marriage, as she called on the judgement of God over the union.

While announcing his new son, Yul Edochie added that he loves the child as much as he loved his older four children, which he shared with his first wife, May.

Edochie wrote, “It’s time for the world to meet my son. His name is STAR DIKE MUNACHIMSO YUL-EDOCHIE. Born by my second wife, Judy Austin. And I love him so much, just as much as I love my other children.”

Yul, the last child of veteran actor, Pete Edochie, married his first wife at the young age of 22 .

He followed in his father’s footsteps and made his debut in the movie industry a year after his marriage.

In their 17 years of marriage, Yul and May are blessed with four children Danielle, Kambi, Karl, and Victory Edochie.

Related Topics:Yul Edochie
Up Next